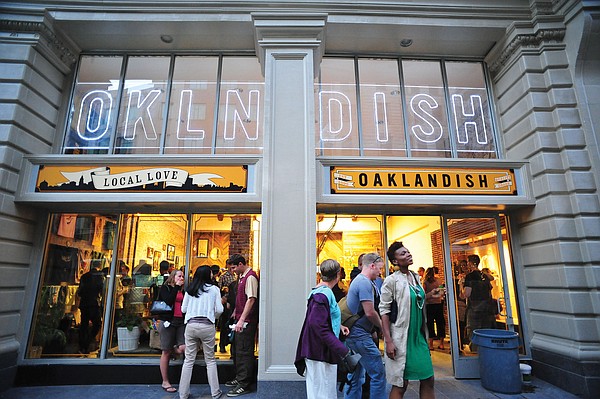 Known for its T-shirts and apparel, the Oaklandish brand made a business out of producing clothing bearing slogans of civic pride for the San Francisco Bay Area city Oakland, Calif., however, Angela Tsay, the brand’s chief executive officer and creative director, said that the 20-year-old company’s ability to cheer for its hometown may be hobbled by its insurance company.

Oaklandish’s insurance company, Sentinel Insurance LTD, denied its business-interruption insurance claim, according to a class-action lawsuit that was filed July 20 in United States District Court for Northern District of California, which is headquartered in San Francisco.

A jury trial was requested by the company’s lawyers Gibbs Law Group, which has offices in Oakland, and Cohen Milstein Sellers and Toll PLLC, based in Washington, D.C. The class-action suit will request more than $5 million to cover the damages from the denial of business-interruption insurance.

This group of lawyers has formed a COVID-19 Business Interruption Insurance Coverage Task Force, which has sued insurance companies on behalf of businesses that claimed denial of business-interruption coverage. For such claims, they have represented businesses such as Mudpie, a 44-year-old of children’s clothing, toys and accessories boutique based in San Francisco’s Fillmore District. Another business that has worked with the task force is Chez Panisse, the world-famous Berkeley, Calif., restaurant.

The complaint for Oaklandish’s suit said that the apparel company followed rules and paid for business-interruption insurance. However, when the company needed the support of the insurance policy, its insurance company did not come through. It left the company without coverage and the brand was unable to pay rent for its two bricks-and-mortar retail locations, which forced the business to furlough nearly all of its employees. A statement from Oaklandish’s lawyers said that the company is stable, but it is still feeling the hurt from the damage stemming from its coverage denial. It’s not a unique grievance, which is the reason the attorneys have included it in the class-action suit.

“Insurance companies operating in California are categorically denying claims from retailers arising from California’s mandated interruption of business services. Those denials are often made with little or no investigation and without due regard for the interest of the insureds,” the complaint said. “Indeed, form letters denying coverage for such losses appear to rest on crabbed readings of coverage language and overboard readings of exclusions. That gets insurance law exactly backwards—and raises the specter of bad-faith denials. Oaklandish’s experience is no different. It has dutifully followed California’s mandates. Facing serious financial harm, it has filed a claim with Sentinel for business interruption coverage. Defendant swiftly denied the claim.”

A spokesman for Sentinel’s parent company, The Hartford, said that Sentinel was not liable for pandemic claims.

“Responding to customers’ claims and doing it well is at the heart of who we are. We are in the business of paying claims. We pay often and a lot—when there is a storm, fire or anything else that is covered by a customer’s insurance policy,” said Matthew Sturdevant, The Hartford’s director of media and public relations. “Tragically, millions of businesses across the country have closed their doors because of government-ordered shutdowns. Unfortunately, viruses are generally outside the scope of business interruption coverage. These policies do not cover this exposure and, accordingly, premiums were never collected for it.”