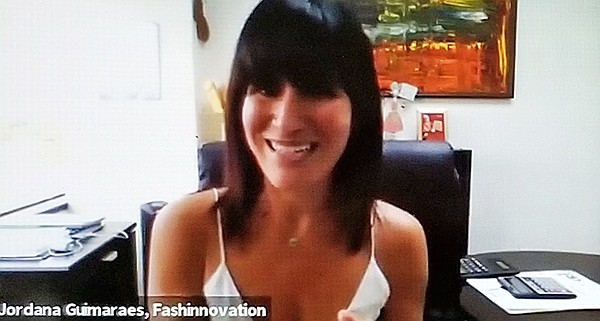 Venturing Into the Virtual-Trade-Show Space

Since the onset of the COVID-19 shutdowns, much of the globe’s businesses deemed nonessential have strategized to conduct meetings, engage in commerce and reach consumers in ways executives could never have imagined. While trade shows across industries have increased their digital platforms over the last few years to ease attendee navigation of event layouts and facilitate meetings between exhibitors and visitors, new event strategies have led the apparel segment to go virtual. Some show producers are in the midst of planning their events through meeting applications such as Zoom and Skype, yet others have made it through to the other side after hosting their inaugural virtual events.

Beyond business as usual

During its Business Matchmaking Forum hosted in Medellín, Colombia, March 15–19, the trade group ProColombia shifted its model for its 80th edition from an international event with a large number of international visitors to a virtual model over applications such as Microsoft Teams, Skype for Business and WhatsApp, bringing together 1,300 professionals, including 400 buyers hailing from 44 countries, according to the group’s vice president of exports of ProColombia, Juliana Villegas.

“It was a different format, so we expected to have different results,” she said. “On the one hand, there was more time for negotiating when compared to face-to-face meetings. In this occasion, we were able to have 40 minutes for the appointments—longer than the usual 25 minutes—which allowed entrepreneurs to get to know each other better and therefore have more business possibilities.”

Within an industry such as apparel, which relies on tactile experiences for trade-show attendees, Villegas noted that establishing methods of sharing samples remotely was another consideration for her team and partners around the globe. A reported USD$4.5 million in business deals were established during the meetings, and the ProColombia team continues its post-event work to ensure those relationships remain strong.

“We were able to form partnerships with UPS to mail samples with discounts of up to 80 percent compared to regular rates to enable buyers to see and touch products before purchasing,” Villegas said. “We also have the collaboration and teamwork of the Colombian embassies in the world through the COnectados program.”

Following the successful inaugural run April 22–23 of its virtual show Kingpins24, denim-event brand Kingpins announced that it was investing resources in additional online offerings for May and June. Adhering to the same dates and time zone of its highly anticipated spring Kingpins edition in Amsterdam, Kingpins founder Andrew Olah and the show’s managing director, Vivian Wang, served as hosts during the Zoom-based event.

For this initial run, the Kingpins team offered a majority of its event through prerecorded content, including exhibitor presentations, trend forecasting and expert panels. While a typical Amsterdam edition of Kingpins draws approximately 2,000 people on-site, Olah reported Kingpins24 attendance at around 3,500 during the virtual event’s livestream. In addition to this figure, the event attracted 10,000 website visitors and nearly 29,000 on-demand content views. During the show and throughout the week that followed, views surpassed 13,000.

“At the end of the day, a show is a tool for the industry to learn what is going on and to educate and share bright ideas. Those things can be done digitally as well as in connection with a physical show,” Olah said. “There were enough there that people appreciated what we did.”

In addition to its physical Amsterdam edition, Kingpins canceled its Hong Kong show, scheduled for May 13–14, and its New York event, which was on the calendar for June 2–3. Webinars have been added to the mix, but the brand’s Kingpins24 model received such a strong response that Kingpins recently announced a second edition scheduled to take place June 23–24 Eastern Standard Time. Similar to the April event, attendance for June’s Kingpins24 edition will be complimentary, with a $35 fee per viewer to access the “Kingpins Trend x Denim Dudes FW 2021” denim-trend-forecast film.

Olah did mention that there would be a few changes to the event. “The vast majority will be live,” Olah said. “We would probably make it shorter, and it would be more curated. We would have higher criteria regarding what gets to be aired. But we would improve the range of content.”

Innovation in the new fashion event

Offering a roster of more than 80 speakers representing some of fashion’s finest and most influential, Fashinnovation’s Worldwide Talks 2020 brought together an array of notable names during its April 20–21 edition at the beginning of Fashion Revolution Week. A group comprising designers, global intergovernmental organizations, apparel brands, entrepreneurs, textile manufacturers and educational institutions attracted an audience that found hope within the event, which shifted to a virtual model during this uncertain time, according to Fashinnovation co-founder Jordana Guimarães.

“I never expected this type of engagement and return. They aren’t the usual emails saying, ‘Oh, it was a great event, let me know when the next one is.’ It’s more along the lines of, ‘You invoked hope in me again. I was losing hope, but this has kept me going,” she said. “It’s been this type of feedback—even from speakers and partners. Everybody is so emotional after it all. It’s a very raw thing.”

In addition to increasing transparency within the industry and simply being more mindful, sustainability was a large topic of discussion during the event. With her next edition of Worldwide Talks 2020 slated for June 5–8 online, Guimarães sees great potential for a more-sustainable model with greater reach, as she reflected on the 106,000 viewers around the globe who viewed the virtual event.

“We could never have that type of engagement internationally at a live event,” she said. “If we did, it would take years of planning and carbon footprint, which isn’t good for the environment.”

Following their experiences, these trade-show producers agree that there is space in their futures for virtual-event components but look forward to using this model as a complement—not a replacement—to on-site events.

“I am fearless about trade shows. They will not ever be replaced, particularly in our industry. In our business, we are a tactile industry,” Olah said. “Let’s say you decided to go completely online and your competitor doesn’t. Your competitor will always have things first and better because they can touch them and find the attributes from products faster than you can.”

For now, offering accessibility through this virtual model is important to Guimarães. While she notes that challenges exist for event brands that choose this route, she sees opportunity.

“We usually monetize on sponsorships at live events. Due to what is happening, we don’t feel right making money. Even though we are only 2 years old, we decided to say, ‘Whatever is going to happen will happen’,” Guimarães said. “For me, this is a time for innovation and opportunities. Giving back has to be a component to what that person wants to do.”

One of the most important considerations for trade-show organizers that are entering into the virtual space is to clearly define team objectives. Though trade-show producers might not have as much time to plan a virtual show as is typical when mapping an on-site event, identifying a path is crucial.

“The most important lesson is that, beyond technology, what is valuable is the team and the talent behind it making decisions day after day and adapting without assuming,” Villegas said. “And to migrate to virtual events, you must have a clear roadmap to achieve the established objectives with the help of technology allies. If the purpose is clear, it doesn’t matter how much uncertainty there is.”