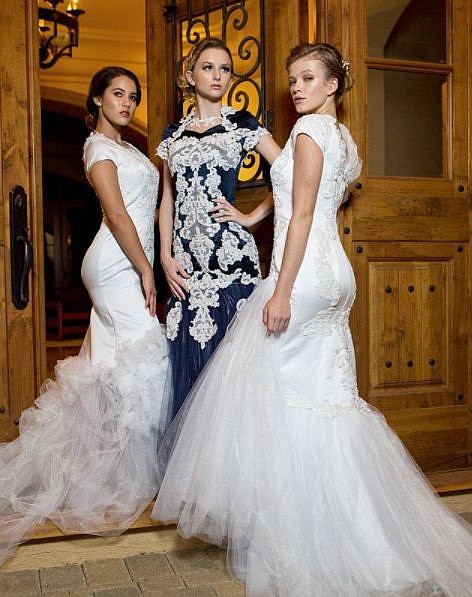 On Sept. 18, it is scheduled to produce the third in its series virtual runway shows featuring San Diego designers. The Sept. 18 show will showcase the styles of Kelly Leanne Apparel Designs. The fashion line was going to take part in an FWSD event in New York City during July, however, the in-person event was canceled due to COVID-19 precautions.

Kelly Leanne Apparel’s Kelly Leanne Snodgrass built her label on making bridal gowns on technical fabric. Snodgrass calls one style the Ellen Glowing Wedding Dress, which features a train that gives off a blue glow. Another look is a corset made from upcycled metals. She said that the breastplate was intended for a cosplay crowd, where comic and genre movie fans dress-up like their favorite fiction characters. Cosplay is a topic of interest in the San Diego area, as the town is home to the annual San Diego Comic Convention, one of the largest and most influential comic conventions in the world.

The Sept. 18 runway show will be a third production of FWSD’s virtual runway series. In March, it produced a virtual runway show for bomber jackets designed by the Vaughnberry label. Another presentation showcased the L Label Loves Emvee Bikini project, which showcased its “Weddings are better in bikinis” collection. Looks featured bikinis and tulle skirts and veils.

The runway show will be videoed at Luce Loft, an events space located in downtown San Diego. It will be webcast on FWSD’s Instagram Live channel and its YouTube channel.