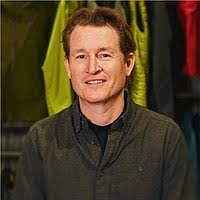 Prior to the Sept. 24 appointment, Gellert served as the general manager for Patagonia’s EMEA/Europe, Middle East and Africa office, which is headquartered in Amsterdam. Previously, he served as brand president for Black Diamond Equipment, based in Salt Lake City.

In the past few years, Patagonia has taken a lead in the sustainable-apparel market and has also become prominent in advocating for the preservation of public lands, suing President Donald Trump to preserve the Grand Staircase and Bears Ears National monuments in Utah.

Gellert was chosen to lead Patagonia because he will continue to take the company along its current path, said Kris Tompkins, a Patagonia board member and the company’s first CEO.

“The board took a lot of factors into consideration and ultimately felt Ryan’s deep commitment to Patagonia’s mission and values, which the company has had since the beginning, and his experience leading internationally best positioned us for success in these uncertain times,” Tompkins said. “Further, Ryan’s attentiveness and dedication to seeing others excel and his passion for our product and activism made him the right choice for Patagonia’s next chapter.”

Gellert will replace Rose Marcario, who resigned in June after increasing the company’s commitment to sustainability and activism. Marcario also led Patagonia through the most prosperous time in its 47-year history, according to a Patagonia statement.

Gellert said that he considers his company’s mission to be critical to the health of the planet.

“No one’s expectations of Patagonia are higher than our own. Everything we do needs to ladder back to our mission of being in business to save our home planet, and we need to do that in a way that is just, equitable and inclusive of all people. Ambitions don’t get much bigger than that. And while there will be more tough days ahead as we challenge norms, I am excited to do the work alongside Patagonia’s talented and passionate professionals. And I am certain we will also have some fun along the way,” he said.

Lisa Williams will lead innovation, design and merchandising. Williams has worked on the Patagonia product team since 2001. Williams’s new job will be to helm projects in materials, carbon-capturing business models and design. Both new executives will report to Gellert.