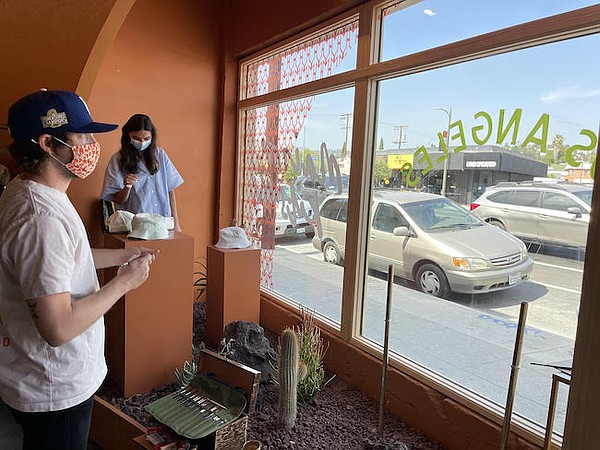 Maison Kitsuné Releases Its Own L.A. Style at New Store

On April 15, Klevay worked at the Silver Lake Maison Kitsuné store, located at 3816 Sunset Blvd., to produce a store window featuring his lettering. He said that his style makes a point of difference in a graphics world where designers often use the very same computer fonts. “I needed to break away from that and do hands-on stuff,” he said.

Maison Kitsuné x Ben Klevay also features styles for different cities such as Seoul, Hong Kong and Honolulu. In May, Klevay will open a pop-up shop at the Virgil Normal store, also based in Silver Lake.