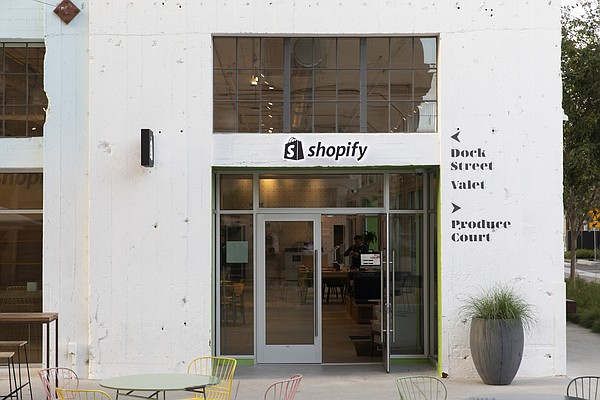 As final sales are tallied on the 2020 holiday retail season, digital-commerce companies reported some of the season’s best performances as e-commerce skyrocketed 49 percent in a year-over-year comparison of holiday 2020 business over holiday 2019 business, according to market researchers Mastercard SpendingPulse.

One of the digital companies reporting a robust performance was Shopify, a Canadian-headquartered multi-channel platform that maintains a physical space in downtown Los Angeles. Shopify offers a platform where small businesses can conduct digital transactions and direct-to-consumer business. Shopify’s stock and sales surged during the COVID-19 pandemic. Shares of Shopify, which are traded on the New York Stock Exchange under the symbol SHOP, skyrocketed 177.6 percent, according to research from S&P Global Market Intelligence. Shopify is scheduled to report its fourth-quarter earnings on February 10, and Wall Street forecasts predict that the company’s stock will have continued its robust performance.

In the company’s last official statement, Shopify President Harley Finkelstein said on Dec. 1 that its records were broken during the Black Friday Weekend. Sales increased 84 percent between Nov. 23 and Nov. 30 compared to the same time in the previous year, Finkelstein said.

“This has been a transformative year for commerce globally,” Finkelstein said. “The record sales we saw on Shopify over the Black Friday/Cyber Monday weekend demonstrate the power of the independent and direct-to-consumer businesses on our platform. With the center of gravity in commerce shifting from in-store to online, the pandemic has accelerated a change we have long anticipated. This multi-channel shopping phenomenon is the blueprint for the future of retail, and we couldn’t be more excited by it.”