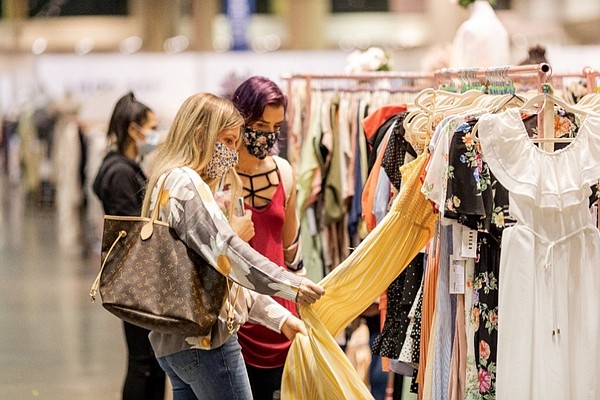 Following the success of its MAGIC Pop-Up Orlando, which was hosted in February, Informa Markets Fashion confirmed that it would return to Las Vegas Aug. 8–11. Its Sourcing at MAGIC event will begin Aug. 8 while MAGIC Las Vegas and Project Las Vegas are scheduled for an Aug. 9 start. Informa also announced that it would host Destination: Miami by Coterie July 10–12 in Miami Beach, Fla. The event producer is also in the process of organizing a return to its elevated women’s contemporary-market event Coterie in September with dates still to be announced.

“We serve the diverse needs of the global fashion community through a variety of locations, event formats and sizes,” Informa Markets Fashion Commercial President Kelly Helfman said in a statement. “We will continue to announce events throughout the year in order to help retailers more efficiently respond to the quickening pace of consumer habits and demands and give our brands greater opportunity to move product, reengage existing accounts and connect with new retailers.”

Planned for Miami Swim Week, which is scheduled to take place July 7–13, Destination: Miami by Coterie will be hosted at the Eden Roc Hotel, where the show will serve the elevated women’s resort and swim markets. Informa’s August editions of MAGIC Las Vegas, Project Las Vegas and Sourcing at MAGIC will be held at the Las Vegas Convention Center. Informa remains committed to safety while affording opportunities for industry insiders to gather and conduct business.

“Consistent delivery of safety-led events will continue to be of the utmost importance in 2021,” Helfman said. “As seen at MAGIC Pop-Up Orlando, this proof of concept guided by Informa’s AllSecure safety measures will carry forward with the help of state, local and health authorities. While each event will require its own specific set of safety measures, the industry can expect that all future planning and organization of our events will be led with the highest standards in safety, hygiene and cleanliness.”

Within its co-located shows MAGIC, serving women’s and men’s trend and young contemporary, and Project, catering to women’s and men’s classic and contemporary, Informa will also provide educational sessions. Sourcing at MAGIC’s supply-chain production will be featured alongside Sourcing at MAGIC Online, which returns to afford a digital component to increase opportunities for attendees and exhibitors.