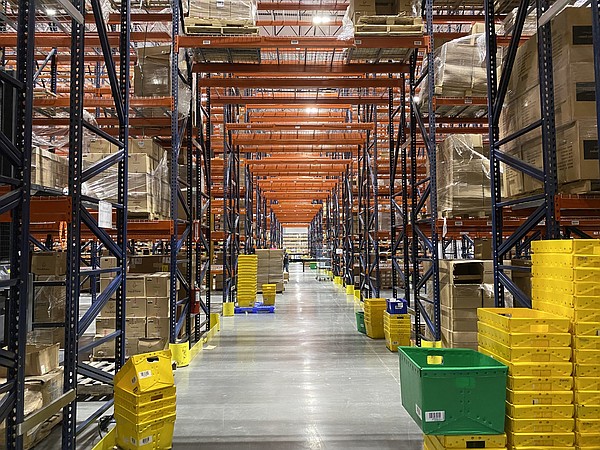 Ruby Has recently acquired Boss Logistics, fortifying its e-commerce fulfillment services in locations throughout the United States, such as this center in Las Vegas. | Image courtesy of Ruby Has 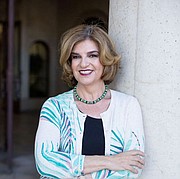 The acquisition of Boss Logistics, located in Louisville, Ky., was based on the right fit ranging from people and clients to location, capabilities and culture.

“We have a hybrid strategy of augmenting organic hyper-growth with growth through selective acquisitions, and it’s worked really well for us,” said Ruby Has President and Chief Operating Officer Esther Kestenbaum Prozan. “We have done a number of acquisitions, and Boss Logistics is the second one we have executed within a 12-month period. The Boss acquisition is solidly within our hybrid growth strategy and brings great clients, employees and capabilities into the Ruby Has family.”

Prozan said the company spent plenty of time with the Boss Logistics leadership and team before making the decision. But once Ruby Has saw all the aforementioned factors were met, it was a done deal.

“Due diligence can be an intense process, and we gave ourselves the time to really get to know the people there as well as the business in depth,” Prozan said.

Now, with the acquisition in place, Ruby Has is eagerly working to bring Boss Logistics under its roof.

“We are seamlessly integrating their terrific team, welcoming an enviable group of clients, enjoying the capabilities Boss brings to the table, and there’s a great can-do spirit in their culture that aligns with our own,” Prozan said.

And with their related fields, Prozan added that Boss Logistics “dovetails” with the mission that Ruby Has has adopted and described the acquisition as a “well-run company.” So far, Boss Logistics has enhanced its capabilities and helped validate its thesis on organic growth fueled by smart acquisitions.

“We are thrilled to become part of the Ruby Has family,” Jeffrey Sgro of Boss Logistics said in a statement. “Adding our capabilities to those of Ruby Has allows us to take the original vision for our company to new heights.”

In addition, one of the most-important aspects of the acquisition for Ruby Has was showing that the company is building with its clients’ futures in mind.

“We anticipate clients’ needs whether that is new locations, increased capacity in existing locations, international expansion, robotics and more—we stay a step ahead of what they are going to need next,” Prozan said. “That ethos is baked into everything we do, and it is the reason why our retention is so strong and our clients stay with us through their own growth over the years.”

The company ethos also helped earn Ruby Has a Stevie Award for its management during the pandemic and showed the type of company it is in the face of adversity. It was an early adopter of providing personal protective equipment for employees and implementing policies regarding social distancing, free meals and paid sick leave.

“We were able to maintain a secure and stable environment in our own business and could apply focus to strategic growth,” Prozan said. “We found kindred spirits on this matter with Boss Logistics, which made the alignment even more complete for us.”

As the second acquisition by Ruby Has in the last 12 months, it probably won’t be the last. Prozan acknowledged that it’s always a possibility to acquire more companies in the future, but the act of acquiring may vary according to each situation.

“Sometimes the smartest way to expand is to acquire [another company] as it gains time to market in locations or with service offerings,” Prozan said. “We carefully weigh the buy-versus-build decisions we make and have no blanket rule—we study each landscape in depth and then do what makes sense.”

The new acquisition also comes on the heels of other recent expansions for Ruby Has. It added a new facility in Kentucky and doubled its facilities in three other cities.

And as the industry is poised to keep growing, Ruby Has said it sees its future in three key areas of international, technology and quality.

“We are focused on further expansion,” Prozan said. “The U.K. will be key, as well as other locations. International is a focus. That said, along with expansion, other areas of focus are implementing world-class automation and robotics and scaling quality as we grow.”