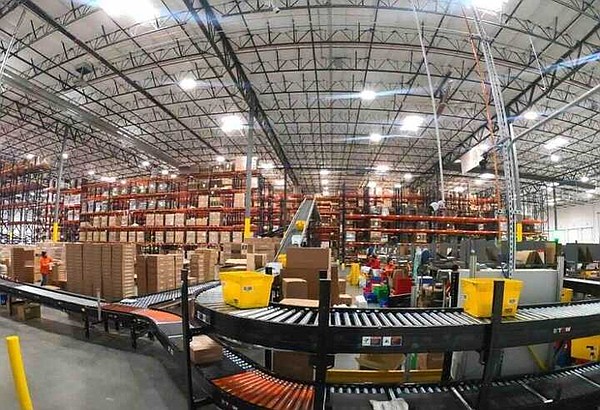 E-commerce and technology-solutions provider ShipMonk has announced the acquisition of third-party logistics technology company Ruby Has Fulfillment. The acquisition will aid ShipMonk in further expanding throughout the United States in addition to internationally. | Photo courtesy of Ruby Has

Ruby Has had a busy 2021, consisting of a few acquisitions and partnerships of its own as it continued to grow to better serve its clients. The company was founded in 2011 and provides e-commerce-fulfillment services to over 400 businesses in six states. | Photo courtesy of Ruby Has

E-commerce and technology-solutions provider ShipMonk has announced the acquisition of the third-party logistics technology company Ruby Has Fulfillment. The acquisition will aid ShipMonk in further expanding throughout the United States in addition to increasing its reach globally.

Founded in 2014, ShipMonk offers technology-driven fulfillment solutions for small and medium-sized e-commerce businesses. Over the past 18 months the company has raised $355 million in funding aimed at accelerating growth and expansion. ShipMonk expanded into Mexico in October 2021 with the acquisition of El Mar Logistics—Mexico, a Tecate, Mexico–headquartered fulfillment center. With the Ruby Has acquisition, ShipMonk now has North American operations from Canada to Mexico.

Through its recent Ruby Has acquisition, ShipMonk added 1.3 million square feet of warehouse space to its resources. This addition brings ShipMonk’s total warehouse space to over 2.4 million square feet. The acquisition also added eight fulfillment centers across the U.S. and in Canada and the United Kingdom. ShipMonk currently operates 11 distribution centers. Ruby Has Sure Shot technology joins ShipMonk’s warehouse-technology suite.

ShipMonk currently serves over 2,000 business-to-consumer companies, including BrüMate, Liquid IV and FEAT and adds both larger operations and established business-to-business brands by way of the Ruby Has client base. The company’s workforce has more than doubled since January 2021, and the Ruby Has acquisition adds over 700 new employees to ShipMonk.

Rafael Zakinov, founder and chief executive officer of Ruby Has, will join ShipMonk as the chief product officer. The acquisition closed in November 2021. ShipMonk plans to continue its international expansion, including operating a European warehouse, in 2022.

Ruby Has had a busy 2021, consisting of a few acquisitions and partnerships of its own as it continued to grow to better serve its clients. The company was founded in 2011 and provides e-commerce fulfillment services to over 400 businesses in six states.

In May 2021, Ruby Has acquired Boss Logistics. The two companies had previously worked together, and the acquisition was based on the right fit, from the people and clients to the location, capabilities and company culture.

“We have done a number of acquisitions, and Boss Logistics is the second one we have executed within a 12-month period. The Boss acquisition is solidly within our hybrid growth strategy and brings great clients, employees and capabilities into the Ruby Has family,” said Ruby Has President and Chief Operating Officer Esther Kestenbaum Prozan last May.

In June, the e-commerce fulfillment provider partnered with Brightpearl, which allowed Ruby Has to utilize Brightpearl’s digital-operations platform built for omni-channel merchants. In the same month, Ruby partnered with Happy Returns, which offers software and reverse logistics that automate the returns process, to improve efficiency after integrating with its returns-processing systems.

“We’re thrilled to partner with two amazing companies that work as hard as we do to help DTC brands grow,” said Matt Carpentieri, vice president of global partnerships at Ruby Has. “We share the same vision to go above and beyond for our clients every day and look forward to offering our clients increased efficiencies to power their supply-chain operations.”

In December, Kestenbaum Prozan told California Apparel News that apparel companies should consider the capabilities of third-party partners when looking for new technologies to invest in to help their companies grow in 2022.

“Apparel businesses should think deeply about technology-enabled services overall and specifically about the technology capabilities of third-party e-commerce fulfillment providers. It’s not enough to have the right technology if it doesn’t integrate with the provider. Invest in a relationship with a fulfillment provider who has a robust and comprehensive set of integrations with every platform and utilizes seamless e-commerce demands. Also look for intelligent use of automation and robotics such as world-class sortation systems that can bring speed as well as economies of scale,” Kestenbaum Prozan said.