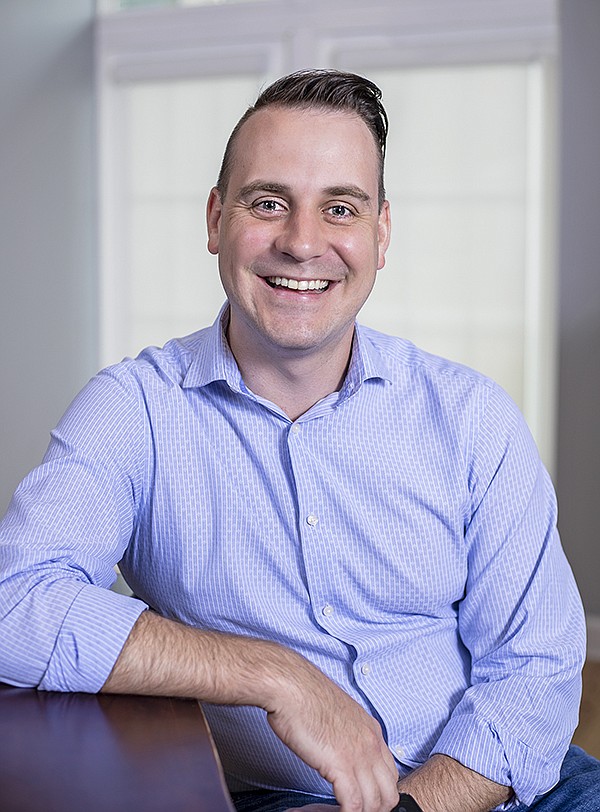 Main Street Events CEO Jeff Zuckerman follows in the footsteps of his father, whose apparel-industry legacy goes back to the 1970s. ILOE Studios—Las Vegas will be built on the same concierge-like service that is the hallmark of a family-run business. | Photo by Main Street Events

Entering the February trade-show roster, family-run Main Street Events recently announced the entrance of ILOE Studios—Las Vegas in 2022. Taking place alongside Womenswear In Nevada at the Caesars Forum Conference Center, the Las Vegas edition of ILOE Studios will run Feb. 14–17. Main Street Events Chief Executive Officer Jeff Zuckerman noted that Main Street Events had been developing the concept since 2019 and will be focusing on forging connections between buyers and better-contemporary fashion brands that will embrace creativity, afford collaborations and fortify this community within the apparel market.

“We’ve been wanting to move into the Las Vegas market for a while, and we got the opportunity to be able to pick up space and co-locate with the WWIN show at the brand new center there,” said Zuckerman, who also owns the Leona Lee brand. “We’ve really been working on positioning ourselves within the market, getting our connections and making sure we have that really good community feel that we’re working toward at our show.”

Building on a brand started by Zuckerman’s father, Al—who has been in the apparel business since the 1970s—Main Street Events launched the ILOE Studios concept in 2013 with a Chicago edition of the show. As the event producer suspended its 2020 and 2021 Chicago editions due to the COVID-19 pandemic, it was also examining how to branch out once the industry was ready for a return to on-site events. The result of this brainstorming was the introduction of a semiannual Las Vegas event to be held during the traditional apparel-exposition calendar in February and August and a return to its original show with ILOE Studios—Chicago returning March 27–29.

“My dad was the founder of Main Street Events,” said Zuckerman. “He started it on the manufacturing side with three of his competitors. Slowly but surely we have been building out the business, and now it’s my turn to take over at the helm. My dad is still there, he still has the relationships, he has not left the company at all—he has transitioned into what we call the chief relationship officer and is all about making sure there is that white-glove service at the end of the day, making sure that everyone has that voice that they can call and be taken care of.”

While ILOE Studios—Las Vegas is a family affair, the Zuckermans feel as though the people they know from within the industry are part of their familial unit. Adding to its family, Main Street Events has brought a group of industry veterans to fortify the ILOE Studios brand of shows.

“We just brought on Ann Cleary, who is our vice president of fashion development. She had been working at Stitch at Informa for the last couple of years and with Business Journals. She has come on board, and she is really helping to craft and curate a great experience in terms of brands and retail stores—helping us build that up,” Zuckerman explained. “We have a family type of business and family feel and that close-knit community feel that we want to prioritize, but we are bringing in some heavy hitters who are able to make a good impact in the marketplace, too.”

Through its collaborative relationship with WWIN, ILOE Studios—Las Vegas seeks to embrace a crossover atmosphere. There will be a single registration that affords access to ILOE Studios—Las Vegas, WWIN and the latter’s launch of ADORN, a dedicated accessories section of the show. Blending the experiences of producing a trade show that caters to luxury with the desire to create an elevated atmosphere is a formula for success.

“It is this commitment that allows us to create a trade show that will deliver a profitable return-on-investment and build new partnerships between our exhibitors and buyers,” Cleary said. “Our entire team is here to work with you to ensure your success as we all move forward to make an additional investment in the future of the greater fashion community.”

For its ILOE Studios—Las Vegas show, Main Street Events will cater to its buyers through connection building but also amenities such as a retail concierge, complimentary lunch, cocktail hour and coffee networking sessions. As it builds a community, ILOE Studios—Las Vegas is also courting its international retail community, which includes representatives from Italy, Greece and Germany.

“Most importantly, it is having that veteran team working to make something that works, is impactful, is convenient and is very service forward in terms of how we interact with our constituents at the show—both buyers and brands,” Zuckerman explained. “That is the key. At the end of the day, we are here to make the experience of transacting business exceptional.”