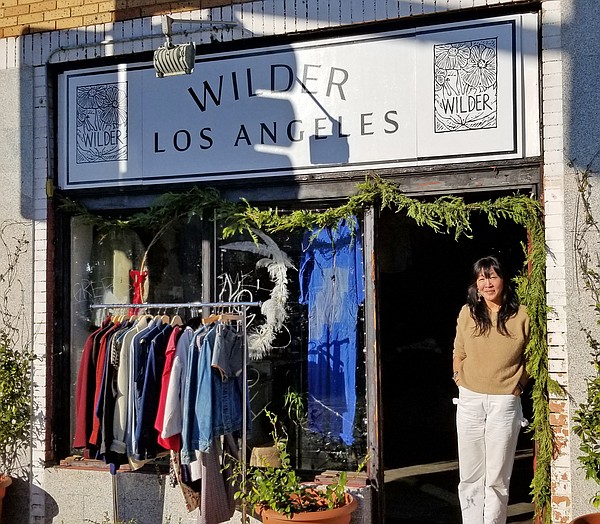 Denim-industry veteran and vintage collector Susan Lee welcomes visitors to her Sunset Boulevard Wilder location where she is building a space to cultivate this tightly knit community. 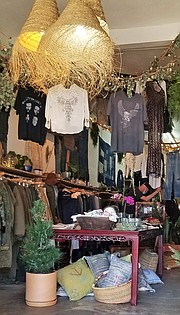 Inside the Wilder space, walls are adorned with carefully selected vintage pieces, such as Lee’s first love—denim—as rare concert T-shirts hang from the ceiling and lifestyle pieces are displayed in the middle of the shop.

In her Echo Park, Calif., shop, Wilder Los Angeles, Susan Lee celebrates community through selling vintage clothing within a welcoming space, yet the roots of her store reach into different facets of the entrepreneur’s life. A denim-industry veteran whose career path has focused on design, Lee founded Wilder (pronounced as the first syllable in the word “wilderness”) as a concept project that occupied an empty building at her parents’ Mt. Washington, Calif., nursery, Echo Gardens.

“To this day, I think about that space as a start. I had no idea what it was going to be. The nursery itself was very hip and cool, so it attracted a lot of designers,” Lee said. “All of a sudden, designers started reaching out and wanted to come shop and then it was always called Wilder Los Angeles. Wilder means getting lost in the forest. I thought it was appropriate because of where it was located. It was this beautiful atmosphere with plants and trees and this little building that had this concept store. I focused that store on sustainability.”

During November 2020, an opportunity to rent a prime retail space on Sunset Boulevard arose and Lee could not resist. With pre-pandemic monthly rents for commercial spaces in the area averaging $10,000–$14,000, Lee negotiated a rate at a quarter of those prices for her space that measures about 1,000 square feet. Now, a little more than one year after moving into her new space, Lee has not only built up her Wilder business by recreating the atmosphere of wonder felt in her former shop, but also contributed to the community through lessons from her late father, Hi Duk Lee, who, with her mother, Kil Ja Lee, emigrated from Korea, launching multiple bricks-and-mortar busi­nesses and outlined planning for Koreatown in Los Angeles.

“ ‘Be good to your neighbors because they’re the ones who are going to protect you,’ ” Lee recalled her father saying.

It is this lesson that Lee has incorporated into the fabric of her business as she carves out a space in her new neighborhood. Her father’s lessons were fortified by a 24-year career in the denim industry, which is known for its closely knit community.

“This shop is more than a shop. It’s bringing a community together,” Lee explained. “People in the denim community, people in this neighborhood—we all just come together, and it clicked to me at one point, ‘Oh, this is what Dad did’ at a very different scale, but he came as an immigrant, barely spoke the language and did something amazing.”

At Wilder, Lee constantly focuses on how to share the stories told by the vintage pieces she sources while also creating new tales through proper merchandising. Deadstock vintage denim, rare concert T-shirts, military pieces, unique footwear, luxuriously tailored garments and preloved home goods are complemented by plants and carefully organized seed packets that are also for sale, paying homage to the shop’s botanical origins. The tales of these goods forge a path that references a sustainable past, present and future, according to Lee.

As an independent retailer that focuses on selling preloved items, Wilder must approach conducting business differently than its counterparts that specialize in offering new stock to consumers.

“When you’re dealing with vintage, there is only one of everything, so it makes it harder to buy. You have to take unique pieces and build a story out of completely different pieces. You don’t have the option to go out and say, ‘I want five of these or ‘I want this same shirt in three different colors,’” Lee explained. “You have to take different prints and patterns, different colorways and build something. It’s quite challenging but very beautiful when you say, ‘Aha! It looks the way I wanted it to look.’”

Lee also notes that a difference in selling vintage is the price points at which she sells her goods. While retailers who specialize in new stock are able to buy multiple units of the same pieces in different colors at wholesale cost and sell according to suggested retail pricing, Lee often relies on her carefully selected goods that are only available as one-of-a-kind items. When Lee first opened her concept space within her parents’ shop, she had the recognition of the denim and styling communities. Within her current location, where walls are covered with pieces that she sources from her constant mission for finding storytelling vintage and rare treasures from her lifelong efforts as a collector, Lee is reaching a new clientele. Rather than focusing on making the sale, Lee prioritizes making her customers happy.

“The customer base changes when you open up publicly, so I want people to come in. They don’t have the corporate budget. I want people to leave happy and leave having a beautiful experience. I also don’t want people to come in and make a mad purchase, becoming angry about how much money they’re spending. I am very careful about tiering it and making sure everyone can walk out buying something and be happy about it.”

With price points ranging from $8 for vintage patches from the 1970s to $3,500 for a pair of rare Levi’s hidden rivets from the 1930s, Lee is able to reach a broad customer base. Strengthened with assistance from her store associates, whom she considers family, Lee is growing her vintage shop into a story that indeed tells the past, present and future of sustainability.

Wilder Los Angeles is located at 2151 W. Sunset Blvd. in Echo Park, Calif. Additional information can be found at wildershopla.com.