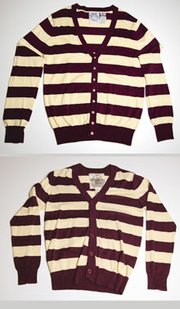 A U.S. District Court judge declared a mistrial early on May 27 in the trade-dress suit filed by contemporary brand Trovata against fast-fashion retail giant Forever 21 Inc.

Judge James V. Selna dismissed the jury after it failed to come to a decision. The jury had been deliberating since May 21. Trovata attorney Frank Colucci said he will request a new trial.

A conference call is scheduled for June 16 between Judge Selna and the opposing attorneys to determine this case’s next steps. “We’ll have to start from scratch,” Colucci said. Forever 21 attorney Bruce Brunda said the judge’s decision gave little cause for celebration. “When you tie in a game, no one is happy,” he said.

The case’s initial complaints were filed in October 2007. Industry watchers had been noting that this was the first trial in which Forever 21 was called to defend itself on charges that it copied and profited off of the designs of a manufacturer. Other manufacturers and designers—including Anna Sui, Anthropologie and Bebe—have sued Forever 21 on these charges in the past. Those cases were settled out of court.

Newport Beach, Calif.–based Trovata sued Forever 21 in U.S. District Court in Santa Ana, Calif. The trial began on May 12. In court documents, Trovata alleged that the retailer copied seven garments from its Spring 2006 collection. Trovata attorney Colucci said while trade-dress suits are not uncommon, it is rare for a fashion designer to take action on grounds of trade dress. It can be hard to win a trade-dress suit because the standards of proof are high, according to several lawyers interviewed for this article. (These attorneys were not involved with the case.)

Trade dress is the concept that the shape or combination of elements of a specific product are unique to a manufacturer. For example, the hour glass–shaped bottle is thought to be unique to Coca Cola. If a second company sells products with a similar shape or combination of elements, a jury may find that the second company has infringed on the intellectual-property rights of the first company. Brunda, Forever 21’s attorney, denied that the retailer broke any rules on trade dress.

Colucci said his client’s rights were being infringed upon because Forever 21’s garments copied a combination of elements that consumers would easily identify as unique to the Trovata label. The frequent coverage in the fashion press helped create the up-and-coming label’s trade dress. Making carbon copies of garments featuring those elements was a violation of Trovata’s business rights, Colucci argued.

“There are many ways to make a blouse,” he said. “But there’s a huge leap between taking inspiration from a blouse and knocking it off.” Making the case for trade dress

To prove their points, lawyers fussed over the case’s exhibits, which were racks of clothes produced by Trovata and Forever 21. Some of Forever 21 garments featured faithful copies of Trovata’s idiosyncratic clothing labels, which made a reference to Trovata founder Sam Shipley.

In a court order dated June 13, 2008, Selna found that Forever 21 copied Trovata’s garments. However, the order also stated that the copies did not prove Forever 21 had violated the designer’s trade-dress rights. In addition, the court order states that Forever 21 had not misrepresented itself to the public by, for example, saying that Trovata fashions could be purchased in Forever 21. Rather, shoppers came into the store looking to find Forever 21 styles. Brunda said he asked Selna to reconsider this finding.

The Forever 21 knockoffs came at a crucial time, according to Colucci. In 2005, the new label had won the CFDA/Vogue Fashion Fund Award. Trovata’s reputation was rising, and its name and styles were frequently featured in fashion periodicals. Style-savvy Target Corp. broached the idea of Trovata designing a diffusion line for the mass-market retailer, according to John Whitledge, Trovata’s chief executive. He turned down the offer because he thought it was not the right time for his new label to cut a deal with one of America’s largest retailers. In 2007, Whitledge discovered that Forever 21 was selling fashions similar to his own Spring 2006 collection. He believed the alleged copies could damage his label’s chances to work and to collaborate with other large-volume retailers because it might be assumed that his label was doing business with Forever 21.

Forever 21 attorney Brunda told the jury that trade-dress rules do not apply in this case. Trovata is not a household name, and mainstream consumers do not associate Trovata’s claimed combination of elements with the label, he said. Trade-dress rules have been used for the most well-known businesses and their products, such as the golden arches sign being associated with McDonald’s restaurants or Hermegrave;s’ “Kelly” handbag.

Trovata also had no special claim to the horizontal stripes and colors on its Spring 2006 garments, Brunda said. Rather, these elements were common looks and were in the public domain.Sourcing inspiration

“[The outcome of this case] establishes the precedent of the existing copyright laws without expanding into uncharted territory,” said Ilse Metchek, president of the California Fashion Association. “Buttons and stripes without an identifiable logo are not—and hopefully will never be—original design.”

The results of a possible second trial could be drastic, according to Los Angeles–based attorney Crystal Zarpas, who handles fashion cases for her firm, Mann & Zarpas. Fashion manufacturers would have to assemble burdensome monitoring efforts before they debut any article of clothing on the market.

New York–based attorney Alain Coblence said trade-dress rulings are a band-aid solution to protect new designers. Coblence wrote and consulted on the Design Piracy Protection Act, which was re-introduced to the U.S. House of Representatives on April 30.

Creating garments from the direct inspiration of another designer’s fashions is not illegal, according to attorney Staci J. Riordan of Los Angeles firm Fox & Rothschild. She advises designers to document their sources of inspiration by keeping a design notebook. “So, if someone comes after you, you can say, ’Here is where I got my inspiration from.’ It should help with the settlements,” she said.

More information about the Design Piracy Protection Act is available here, including the views of the proposed law’s supporters and its opponents.