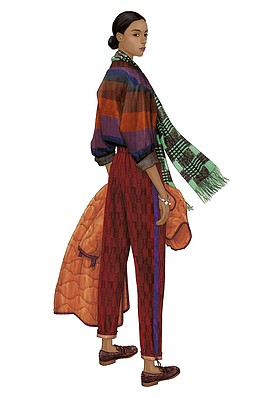 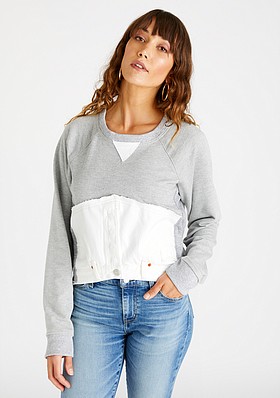 This season, knits are layered and wrap us in minimalist luxury, creating a comforting cocoon adapted to the current context.

For the September 2020 edition of New York Fashion Week, Tadashi Shoji invited viewers into a filmed showcase of his Spring/Summer 2021 collection that was set in a fantastic tropical forestland as models appeared in finely detailed pieces from the designer.

Ashton Hirota has gained notice as a designer for his Los Angeles-headquartered brand Ashton Michael and as a semi-finalist for the fashion reality competition show “Next in Fashion.”

During the current social climate focused on civil rights and equity for people in underrepresented groups, particularly Black citizens in the United States, many brands and organizations in fashion have been confronted for their lack of inclusivity and awareness on social justice.

Through Creole Roots, House of Aama Grows Its Brand and Tells Its American Story

Maintaining their family’s proud history rooted in the Creole traditions from the southern United States is crucial for Rebecca Henry and her daughter, Akua Shabaka, who are the founders of the Los Angeles brand House of Aama.

Promoting more inclusivity within fashion, The Runway of Dreams Foundation will produce an adaptive fashion show on Sept. 14 during New York Fashion Week to celebrate the lives of differently abled people and showcase fresh looks in adaptive-clothing trends.

Approaching its denim with fresh features added to basic styles, responsibly made brand Ética added unexpected details with its notions, pockets and surprising updates to its pieces for Fall 2020.

This season is marked by the liberating and positive force of color, which is something we feel more than we understand.

In the Pursuit of Happiness, Alexander Grant Launches _by.Alexander

After producing some of music’s most-popular songs over the last 20 years, Alexander Grant—known more widely as Alex da Kid—is venturing into luxury fashion with the launch of his _by.Alexander clothing.

Two Los Angeles–based fashion organizations have joined forces to create a program that will support business development within the fashion community’s Black population.

The old saying “legends never die” might be true, but the recent passing of downtown Los Angeles Ragfinders founder Rubin Schubert proves that legendary fashion personalities take a piece of all who know them when they leave.

Returning to the industry with a new denim collection named Coût De La Liberté, Jeffrey Lubell reenters the market with a collection that is made with a message in Los Angeles.