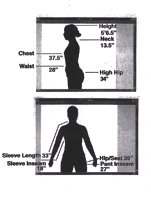 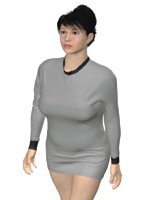 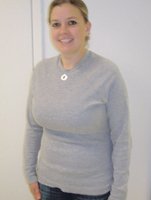 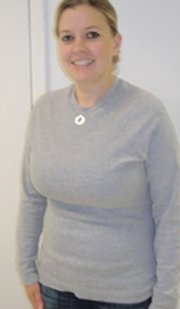 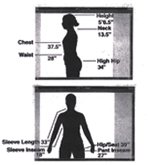 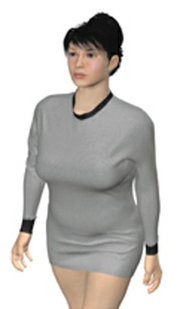 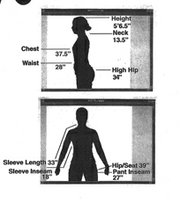 In the corner of the mass customization lab at California State Polytechnic University, Pomona, in Pomona, Calif., stands a [TC]2 NX16 body scanner, acquired by the university in 2007. Roughly the size of a fitting room, the body scanner has 16 cameras, which take a three-dimensional image of a body, allowing students and faculty to create a perfect-fit avatar based on the scanned measurements.

The NX16’s accuracy is impressive, but new software created by an aerospace engineer has got Cal Poly Pomona faculty thinking on a much smaller scale.

The school is currently developing a single-camera body scanner that will use video-measurement-system technology—or VMS—to allow the consumer to create his or her own perfect-fit avatar using a single camera, such as a web cam found on many home computers or laptops.

“This is going to be the technology that drives customization,” said Peter Kilduff, chair of the Apparel Merchandising & Management department at Cal Poly Pomona.

Several apparel companies, including Levi Strauss & Co. and Brooks Brothers, have attempted to capitalize on body-scanning technology to create garments with a custom fit with varying results.

Efforts such as the ImageTwin Data Sharing Network, a consortium of body-scanning locations around the United States, have attempted to simplify the process for end consumers.

A multi-camera body scanner such as the NX16 can cost between $30,000 and $80,000. [TC]2’s NX16 scanner is currently priced for customers in the continental United States at $35,000, which includes shipping, installation and training. The size of the equipment—and the cost—has prevented the process from entering the mainstream market. Multi-camera body scanners capture a great amount of detail, which make them ideal for video-game developers and animators; for the manufacturing of very specialized garments, such as space suits, helmets and some footwear; or in the medical field for artificial-limb replacement.

Rather than create a perfect 3-D likeness of the body, VMS gathers just the key measurements needed to create most apparel from just four digital photos snapped from a single camera.

“[Traditional] body scanning is taken from medical technology,” said Kristine Gloviak, senior manager of PAD System Operation, a division of GCL Distribution USA and a former designer who became interested in apparel technology in the early days of computer-aided design.

“With apparel, you just need the critical measurements that are on the back of a catalog,” Gloviak said.

VMS was developed by Henry Pfister, a senior research engineer who works at the Eglin Air Force Base in Valparaiso, Fla.

Pfister and Gloviak met years ago when the two were working on a project for I.M. Singer and Co., the industrial and consumer sewing-machine maker, which, until the late 1980s, had a large aerospace and defense electronics division. Focus on key measurements

Pfister came to learn about body-scanning technology while working on an image-analysis project for the military. “These body scanners were using multiple cameras and optical benches, and [at the time] they were all very expensive and very difficult to use,” he said, adding that he came to realize that “the ideal body scanner would only use one camera and would be a simple installation.

Unlike a multiple-camera scanner, which scans a person standing still, Pfister’s design calls for a stationary camera. “The person stands in front of it and they turn around,” he said. With PAD’s help, Pfister built a prototype, which is currently installed at Cal Poly Pomona.

“It uses a number of clever ideas for extracting tailor measurements rather than getting clouds of points and then trying to figure out the body shape from that,” Pfister said. “It actually works right down the way a tailor does with a tape measure. So it’s a very simple thing.”

Pfister and Gloviak opted to scan for the nine most frequently used measurements, gleaned from the National Institute of Standards and Technology’s recommended tailors’ measurements.

“Basically any kind of linear or circumferential measurement of the body that you can do with a tape measure, we can do,” Pfister said. “It’s not limited to the nine. Those are just the ones that are mostly used in the apparel industry.”

The next step is to conduct additional testing on VMS, including evaluating the system under different lighting and background conditions and variable distance between the scanner and the subject.

Cal Poly Pomona Assistant Professor Muditha Senanayake, who heads up the mass customization lab, is working with another Cal Poly professor, Amar Raheja from the computer-science department, on a related project in which body measurements are extracted from a two-dimensional image, such as a photograph.

VMS would make it easy to extract the key measurements needed to create a custom garment. But since the system gathers only measurements—not an image—it cannot current generate an avatar—something Senanayake said he would like to see in the future.

“[We] would like to develop an avatar from the [VMS] scan at one point,” he said. “[TC]2 scanner has the capability to define required measurements as needed and has additional functionality. VMS is limited to nine measurements at the moment. We want to develop it to the level where we can use it to produce any kind of apparel product.”

But Gloviak sees an advantage to VMS’ current method of gathering measurements only. Unlike the multiple-camera scanners, VMS allows for more anonymity because it does not generate a photographic image of the person being scanned. Targeting niche businesses

Pfister said he envisions a future in which retailers no longer carry inventory and instead custom-make apparel to consumers’ measurements. He points to other industries, such as production engineering, that have largely eliminated inventory for spare parts.

“In the production engineering area, we don’t generally have big inventories of spare parts, he said. “We have numerical machining centers, and if you need a part for an F15 that’s unusual—and they have thousands of parts in them—they just make it.”

In the near term, he said, the bridal industry and the uniform business are ideal candidates for made-to-measure manufacturing. The speed and low-cost of the system would open up opportunities in non-apparel applications, such as fitness and weight-loss centers, Gloviak noted.

“It is my belief in the not too distant future, there won’t be any on-the-rack clothes,” he said. “You will go in and it will be made for you on the spot for anything other than basic socks and shirts. Anything of any value will be made to fit you. It will be made because it’s cheap—not because it’s better. It will be a lot less expensive to not cut the cloth until you’ve sold the garment.”