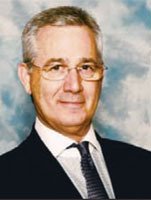 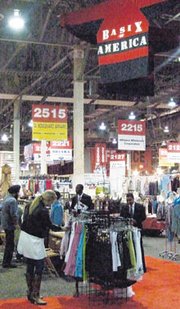 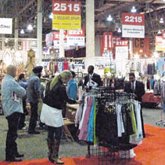 The off-price market has been booming throughout the recession and recovery. But just as demand for off-price merchandise is skyrocketing, the supply of it is becoming scarce in America.

“It’s rarely been like this, where merchandise is so tough to get,” said David Lapidos, a career off-pricer and executive vice president of the OffPrice Show, the leading American trade event producer for the off-price market. Off-price fashions are typically produced by manufacturers and retailers seeking to liquidate extra inventory, and they have been typically sold at a discount of 20 percent to 70 percent off of full-price retail.

The off-price market has increased because consumers are looking for the lowest prices in every category in a still-sluggish economy, and many retailers are vying to give the public the lowest prices.

Americans spent $18 billion on off-price clothes in the 12 months ending in February 2011; it is a 1.5 percent increase from the previous 12 months, according to The NPDGroup Inc. /Consumer Tracking Service. Off-price retail accounts for more than 9 percent of the American apparel market.

The disparity between supply and demand in the off-price market has forced off-pricers to scramble to look for new sources—even venturing offshore. And many are prospecting for new businesses to make up for the shrinking supply of close-out goods.

The present market followed a feast for off-price, said Jacques Stambouli, chief executive of Via Trading, a liquidator based in Lynwood, Calif.

“There was a ton of inventory on the market,” Stambouli said of the years immediately preceding and following the Great Recession of 2008. “But they got flushed out of the system in the past few months. There were not many close-outs.” Via Trading’s sales were $25 million in 2010, and Stambouli forecast 20 percent growth in 2011. The company not only deals in offprice with clothes but also in tools, furniture and electronics.

Via Trading’s forecast reflects increased sales in its all of its categories, not just apparel.

Tony Peters also witnessed a big drop in available merchandise at his job as vice president of sales of Bermo Enterprises, a retailer based in Schoolcraft, Mich., that runs 40 stores in the Midwest.

In 2007, his team of buyers typically wrote more than 60 orders on their buying trips to New York. Now the buyers place 25 orders and less, he said. “It means that you have to find stuff by non-traditional methods,” he said.

Trouble started in the off-price market as a result of the rest of the apparel industry trying to stop a hemorrhage of red ink during the recession. Manufacturers and retailers slashed their inventory during the recession as a means to cut costs. These businesses have continued to control costs by keeping their inventories lean, which means less possibilities of overstock and close-outs.

Off-price wholesale also has been affected by rising prices for cotton and fuel, said Doron Kadosh, president of American Fusion, a Los Angeles company that has been supplying off-price apparel to retailers since 1993. If manufacturing costs are going up, prices for close-outs will increase.

“Off-price is a reactionary market,” he said.

However, it is hard to gauge how much prices are increasing, Lapidos said. Offprice wholesalers have struggled to keep prices down to remain attractive to retailers looking for a rock-bottom price. The clash between increasing prices in many categories and safeguarding a reputation for low prices is squeezing many in the off-price market. “If they let costs run rampant, they will not have a business,” Lapidos said.

For off-pricers seeking to satisfy growing demand, their search for merchandise increasingly takes them overseas, Lapidos said. Off-pricers typically visited Asia once or twice annually to buy close-out goods. Recently, they have been scheduling more than four trips each year to Asia to go where the goods are.

“Most are going to China,” Lapidos said. “There’s a colossal amount of merchandise there.” But there are costs to finding the cheaper stuff. The increased travel has driven up the cost of doing business.

Many off-pricers sought to protect themselves by diversifying their business.

Since 2010, the OffPrice Show has been building up its footwear, lingerie and accessories vendors. For the August 2011 show, scheduled to run in Las Vegas, footwear booths are forecast to double, to more than 80, compared with the February 2010 OffPrice show.

American Fusion created a new fashion market for its off-price clothes. For years, the company has purchased overstock and close-out blank T-shirts. In recent years, the company has been embellishing overstock and close-out blanks with sequins or new graphics for an additional $0.50 to $1.75 per piece. “It turns a basic item into a fashion item, and retailers are still able to sell them at a discount price,” Kadosh said.

Bermo Enterprises got into the licensing business to make up for the tougher market for off-price. Last year, Bermo debuted a clothing label for Farmall, a tractor line with considerable brand equity in the Midwest. Sales are good, Peters said. He forecast licensed apparel will be 25 percent of Bermo’s business by the end of 2013.

Peters forecast the off-price business will get tougher. “The amount of desirable available product will continue to decrease, meaning that not everyone will find enough to satisfy their needs,” he said.

Lapidos agreed the off-price market is experiencing tough times. But it is not unprecedented. He remembered a similar time, in the early 1980s, when merchandise seemed scarce. “Maybe it is going through a 20-to- 25-year cycle,” he said.

A strengthening economy means more manufacturing production, said Marshal Cohen, chief industry analyst for The NPD Group. “There will be no shortage of product,”said. “The bigger issue is more and more brands are opening their own outlet stores, and [those stores] will compete with off pricers and deplete some inventory opportunities.”

Meanwhile, the biggest off-price retailers— Ross Stores Inc. and TJX CompaniesInc., operator of TJ Maxx and Marshalls stores—forecast they will have no trouble in finding overstock and close-out merchandise for their fleet of stores located across America.

In the latest Securities and Exchange Commission document r epor t ed by Pleasanton, Calif.–based Ross, the retailer noted it maintains a network of 7,800 merchandise vendors who work with their Ross Dress for Less and dd’s Discounts divisions. “We have not experienced any difficulty in obtaining sufficient merchandise inventory,” Ross reported in its 10K published March 11.

In a March 17 statement, Michael Balmuth, Ross’ chief executive, credited his company’s success to a “favorable position as a value retailer as well as the efficient execution of our off-price strategies.”