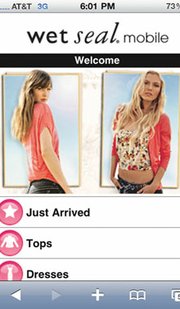 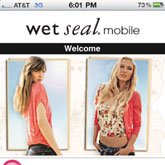 That was good news to the more than 1,400 e-commerce executives and industry watchers who were at the eTail Palm Desert 2011 conference to talk about how to best serve—and profit from—this growing market. “Everyone has done such a good job of attracting people to their sites, but they’re not converting people [into customers],” said Blair Lyon, a conference attendee and vice president of marketing for Monetate, a technology firm based in West Conshohocken, Penn. The conference was held Feb. 22–25 at the JW Marriott Desert Springs Resort in Palm Desert, Calif. Attendance topped out at 1,414, a 29 percent increase over last year.

At the top of the agenda were the challenges of turning a profit in a slowly recovering economy and attracting more people to shopping with their computers and smart phones.Phoning it in

As of 2010, e-commerce commanded only 5 percent of the U.S. retail market, according to Shari Rudolph, The Wet Seal Inc.’s new vice president of e-commerce. She was hired by the Foothill Ranch, Calif.–based retailer in January.

Wet Seal was awarded eTail 2011’s “Best in Class” award for mobile commerce and marketing. Her presentation covered the online and mobile-phone markets and how Wet Seal is profiting from this emerging business.

At the end of 2010, 63.2 million Americans owned an iPhone, a Blackberry or a similar device—a 29 percent jump from May, when 49.1 million Americans reported owning a smart phone, according to market-research firm comScore, based in Reston, Va.

With a quickly growing market, phones are an expanding canvas where retailers can put their products and services in front of consumers who have a potentially unlimited time to shop. Phone consumers do not have to worry about scheduling their time around retailers’ store hours. With their mobile devices, they can shop at any time and at any place. Therefore, they can browse a store’s fashions when waiting for a train or at a doctor’s office, Rudolph said.

Many e-tailers look to drive bricks-and-mortar store traffic by offering their mobile-phone customers special coupons and discounts to go to stores. Retailers also drive sales by encouraging their customers to participate in the online world’s unique society.

On Wet Seal’s website, there’s a special feature called The Runway, where shoppers are encouraged to create outfits from Wet Seal merchandise. Those shoppers active on The Runway purchase 40 percent more of the retailer’s merchandise than those who do not participate in Wet Seal’s online world, according to Rudolph.

Although using social media to drive sales can potentially be very lucrative, Rudolph warns that companies must accept that the retailer can no longer dictate to the consumer. It is now a conversation. “Figuring out where you are willing to give up control to customers—that is a scary issue for most brands,” she said. Fans for life

Roots, a Canadian retailer presenting at the conference, said social media had another benefit for retailers apart from straightforward marketing. The retailer’s Facebook fans often defended the retailer from complaints on social-media sites, according to Tanja Zelko, manager of online marketing and customer experience for the Toronto-based leather and athletic-wear retailer.

She also noted that customers who participated online or interacted with Roots’ YouTube, Twitter or Facebook sites were more likely—150 percent more, according to Zelko—to buy merchandise.

Not every retailer at the conference was convinced that social media held the keys to increased profits. Valerie Hoecke is the vice president of e-commerce at San Francisco–based cosmetics company Benefit. “We have not seen strong, direct conversion,” Hoecke said of the process of turning a social-media user into a consumer.

Finding new shoppers can be a strength for e-retailers, said Jayna Cooke, vice president of business development for Groupon, the Chicago-based deal-of-the-day website.

Groupon finds new shoppers through “geotargeting,” or offering consumers deals based on where they happen to live, work or vacation. “If you (and a friend) live two blocks away from each other, you might get different things,” she said of the deals and offers Groupon distributes.

Building a virtual mallRetailing on social media does not have to be the domain of big companies. One e-tail speaker, Christian Taylor, chief executive of Palo Alto, Calif.–based Payvment, debuted a virtual retail mall on Facebook on Feb. 24. The site (www.facebook.com/gotothemall) blends social media and straightforward e-commerce for many small businesses as well as larger retailers. Customers can be driven to make purchases by liking something on Facebook and through discounts, Taylor said. “It’s all about getting people to buy once and they are customers for life,” he said.