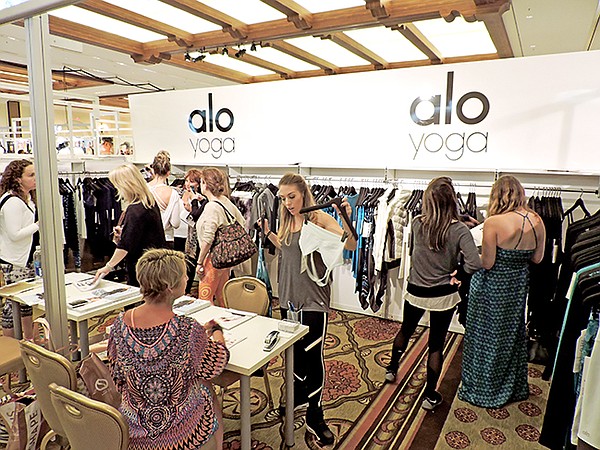 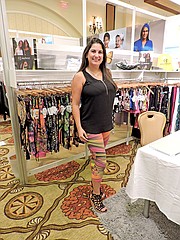 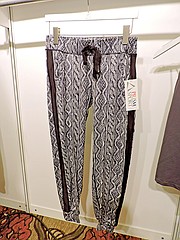 After a January launch alongside its sister show, Swim Collective, the activewear show debuted its first solo run with 140 booths showcasing fitness and athleisure brands such as Beyond Yoga, BG by Body Glove, Under Armour and Trina Turk Recreation.

“The show was a huge success for our first stand-alone Active Collective,” said Executive Show Director Shannon Leggett. “It’s really important for our exhibitors’ brand identity to have their own trade show. Our focus is to bring buyers and brands together whose businesses are defined by the fitness/fashion movement. These brands amplify our motto, ‘Where Fitness Meets Fashion.’ The main goal is to promote the active fashion/fitness category to the greater apparel market.”

Leggett said he plans to continue to host Active Collective separately from Swim Collective for the time being. “While it’s a two-day show, we’ll keep them separate,” he said.

Ron Razzano, vice president of sales for Manhattan Beachwear, said he and his team had lined up appointments with big accounts such as Zappos and Nordstrom but were surprised by the additional retail traffic at the show.

“We had 11 stop-bys before noon,” he said on the opening day of the show.

The new trade show also drew several new exhibitors, including Los Angeles–based Hard Tail, which showcased its casualwear collection in a 20-by-30-foot booth at the front of the show.

Early in the day on June 23, the company met with East Coast retailers as well as buyers from Mexico, said Cami Cantrell, who was at the booth with her father, founder Dick Cantrell.

Cami Cantrell said friends at swim line Vitamin A had recommended they exhibit at Active Collective.

It was a similar story for Joy Clancy and Sheena Mahtani, who showed Shape, a new activewear line launched in partnership with Shape magazine. A friend recommended they debut the New York–based line at Active Collective.

Shape is already carried at Dick’s Sporting Goods, and a co-branded collection is launching with the fitness chain Equinox.

Clancy described the new line as a “hybrid of performance but also street and leisure.”

Caitriona Taylor, vice president of sales for the new collection Crane & Lion, also heard about the show from other brands. The Boston-based collection launched in November with an emphasis on fashion, fitness and function. The collection has been picked up by fitness and resort stores, a lot of yoga studios and spin studios,” specialty stores, and e-commerce sites, Taylor said.

Produced in Taiwan and China, Crane & Lion recently added a Peruvian-made collection of cotton pieces to the line.

Yogasmoga, the fast-growing yoga brand made in the U.S. from U.S.-made fabrics, recently kicked off a 10-store retail rollout in California with the opening of its second store in LA’s upscale Brentwood neighborhood.

Vancouver-based Public Myth has been building its direct-to-consumer business but discovered a strong following from West Coast consumers.

“We sell mostly online, and most orders come from California,” said Kerry Pollock, the company’s creative director, adding that the company decided to show at Active Collective to get exposure with local California retailers, as well.

Produced in Vancouver and made from Supplex and a bamboo/cotton blend, Public Myth pieces are packed with details such as the raw edges on their cargo pant/leggings, said Danielle Wyllie, operations manager for the line.

Miami Beach, Fla.–based Equilibrium Activewear has been producing its collection for nearly 20 years, but this was the first time showing at a trade show, said company representative Tatyane Martins, whose mother designs the collection, which is made in the company’s factories in Brazil.

“Our motto is activewear beyond the gym. You can throw on some heels and go out to dinner,” said Martins, who was wearing a pair of the line’s brightly patterned leggings with laser-cut details.

The collection sells in small boutiques, yoga studios, spas, gyms and pro shops around the world, including locations in Canada, Russia and Australia, Martins said. But now the company wants to grow its U.S. business.

Until now, the company had been building its business through word of mouth and participating in events such as the Idea World Fitness Convention, set for July 15–19 in Los Angeles.

“We do a lot of fitness events,” Martins said, adding that she had met a lot of new retailers at Active Collective. “It’s getting the name out.”

Rande Cohen, owner of the Rande Cohen Showroom in The New Mart in Los Angeles, was at Active Collective with two of her lines, Miami-based Peace Love World, and a new line for her showroom, New York–based Prism Sport. The print-driven Prism Sport collection included novel details such as the leggings constructed without a center seam and the track jacket printed to look like a distressed leather jacket.

Los Angeles–based Spirit Activewear was showing its jerseys with printed textiles across the back yoke as well as a sampling of its new athleisure collection, which includes mesh tops and a pullover sleeveless hoodie.

Jen and Stephen Kelly were showing Bird & Vine, a nearly 4-year-old graphic knits collection based in Chatsworth, Calif. The husband-and-wife team previously designed a collection called Anhk Royalty, which they ran for 10 years.