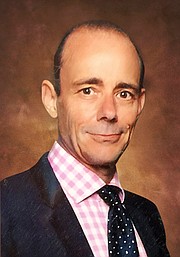 Christopher Scharff, chief executive officer of DG Brands, parent company of the costume and lingerie label Dreamgirl International, is leaving the company after 14 years to pursue other ventures, according to the company.

Scharff bought Dreamgirl in 2003 and built DG Brands into a $30 million business producing costume and lingerie sold in more than 2,000 retailer accounts around the world. Today, the company has 12 U.S. sales representatives and more than 20 international distributors.

Barry Revzen has been named the new CEO of DG Brands. The company has formed a new corporate umbrella, DG Brands International, which includes several product categories and brands, including Dreamgirl lingerie and costumes, Dreamguy men’s costumes, Alexa costumes and High Demand, a collection of marijuana-inspired loungewear, streetwear, sleepwear and lingerie. Additional changes at DG Brands will be announced in the coming weeks, according to the company.

Scharff came to Dreamgirl after serving as vice president at the BCBG Max Azria International Group. His career also includes executive positions at the watchmaker Movado Group and St. John International. He got his start in the apparel business at Lanz Inc., a manufacturing business founded by Scharff’s father in 1938.

“We are saddened to see the departure of Christopher as he has revolutionized the company under his leadership and dedication to the company for the past 14 years, but we know he will go on to do great things,” said Alma Canjura, executive vice president and chief operating officer of DG Brands, in a company statement. “Although this will be a large change for the organization, Dreamgirl has many exciting moments ahead with the launch of our newest lingerie and costume collections in the coming months.”