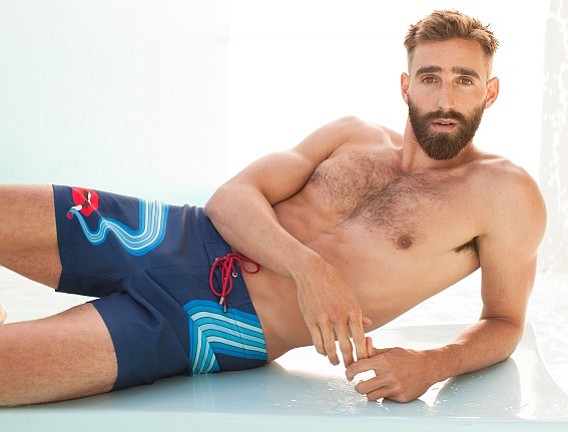 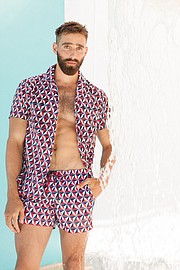 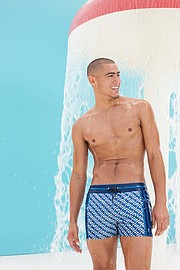 The collection consists of seven swim and cabana-wear styles that are rich in color, much as Mr Turk and Trina Turk designs tend to be.

Skow, who is also a photographer, said that Adler is a good friend and like him, an avid swimmer. "Whenever we’re on vacation together. a good portion of the time is spent talking about beaches, swimming and swimsuits. Last year, when we were visiting his beach house on Shelter Island, we came up with the idea to collaborate on a capsule swimwear collection,” Skow said. “We combined the Mr Turk flair and fashion with Jonathan Adler’s prints and pizzazz. We came up with some sensational suits that will be sure to get you noticed at the pool party, beach or barbecue.”

The collection, which sells from $128 to $198, can be found at Mr Turk boutiques, select Jonathan Adler retail stores, on MrTurk.com and on JonathanAdler.com as well as at high-end department stores nationwide.