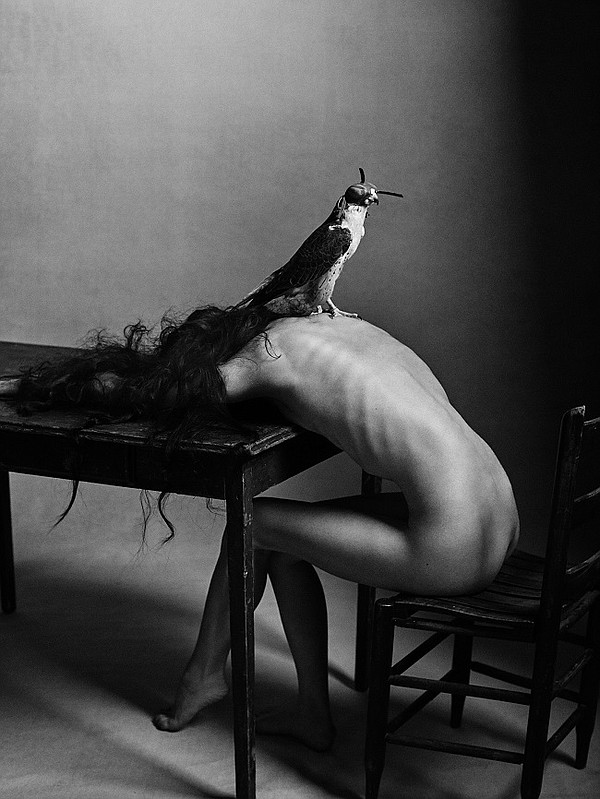 Based on Franz Schubert's 19th-century work "Death and the Maiden," the American Contemporary Ballet recently premiered an original ballet of the same name. The somber reflection on life and death is being hosted at the California Market Center. Opening night took place Aug. 1 with costumes made to complement the theme of memento mori, the recognition of a person's own mortality, an idea that was widespread during the medieval era and Renaissance. 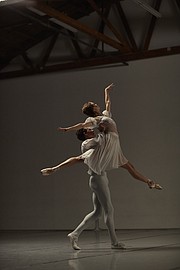 ACB soloists Mate Szentes and Elise Filo during a rehearsal for "Death and the Maiden." Photo: Sam Kweskin

Artistic director Lincoln Jones remained committed to his fashion-forward approach to ballet for this work.

"My favorite fashion designer was Alexander McQueen, which has a feeling of 'Yes, I’ve seen these elements before, but never like this,'" he said. "I draw a lot of inspiration from both fashion photography and fashion itself. Fashion is a major element of ballet."

While modern fashion inspires Jones, he emphasized the importance of ballet's history and the legacy to preserve these facets when creating a new work.

"There is a lot of wisdom from centuries of ballet costumes," he explained. "You take something that has an inherent set of limitations and you don't want to pull the eye away from the dancer."

ACB soloist Rochelle Chang during a rehearsal for "Death and the Maiden." Photo: Pierre Michel Estival

"They have a really good selection of spandex and power net and sequins," she said.

When creating costumes for the performance, Li used a combination of silks, poly-cotton blends and a bit of power mesh that affords a reflective sheen on top, offering an ethereal otherworldly appearance. While finding the appropriate materials to create her costumes is important, Li notes that one other element is crucial to developing the perfect ballet design.

"The communication with the director, or the choreographer, allows me to think outside the box," she said. "There has to be a trust between the costume designer and director. I now have the freedom to explore and show him what I am thinking."

Remaining performances will take place Aug. 2-4 and 8-11. Matinee and evening shows will be held in The Fashion Theater at the CMC.