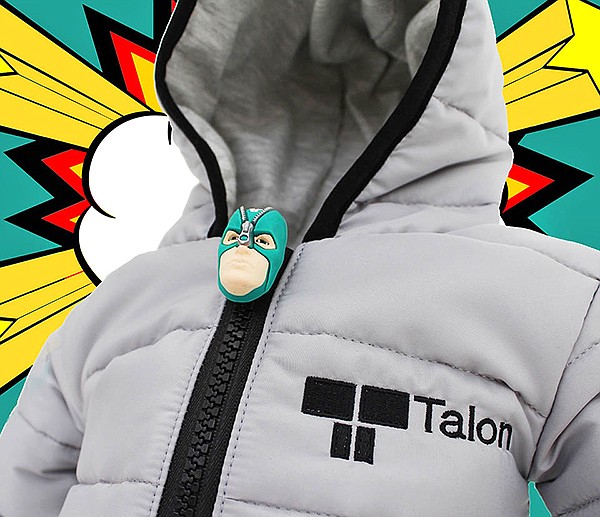 A zipper seems like a basic thing, but Talon International Inc., headquartered in Woodland Hills, Calif., has come up with a more whimsical zipper it calls the Character Zip.

It is perfect for kids who want to wear their favorite cartoon character front and center on their jackets or sports aficionados who want to display their team loyalty.

The Character Zip has its own proprietary design with the traditional zipper pull being replaced with a figure or symbol.

Talon International started out as the Universal Fastener Co. in Chicago in 1893. After various companies bought and sold it, Tag-It Pacific acquired the brand in 1996 with Tag-It changing its corporate name to Talon International in 2007.