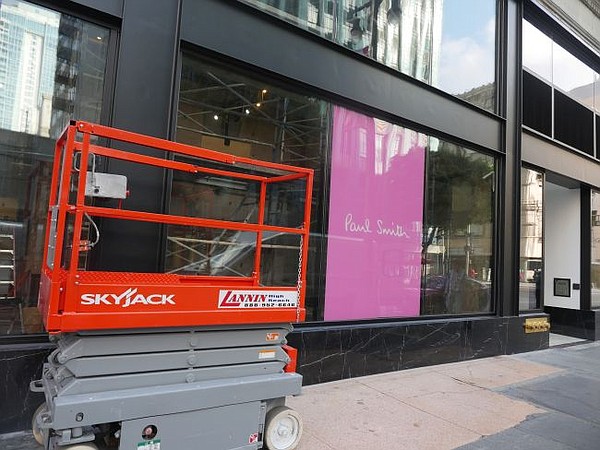 Homestretch For Construction on DTLA Paul Smith and Ganni

Barricades are up. Construction crews are working to build out the highly anticipated Paul Smith and Ganni stores on the corner of 9th Street and South Broadway in downtown Los Angeles.

The British suiting and fashion label and the Danish women’s fashion label will be the latest high-end shops to open at the hub of stylish boutiques on 9th and Broadway, which includes Theory, Mykita and BNKR. The hub has a lot of stylish company. One block north, a Vans and an Apple flagship are under construction. Another prominent shop, Urban Outfitters is located between the Vans and the Paul Smith store. A block or so south on Broadway, designer Tarina Tarantino recently unveiled her Sparkle Factory building at 910 S. Broadway. It currently offers retail and creative office space. Eventually, it will be the address of a basement bar, Tarantino said.