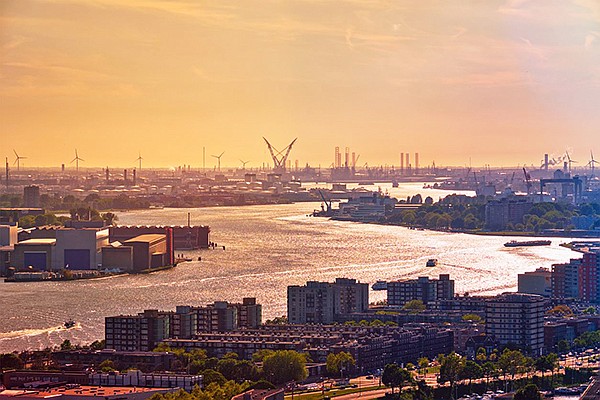 Flexport is working with Stripe Climate to support its carbon-removal technologies. | Photo courtesy of Flexport

For technology-focused freight forwarder Flexport, creating a more streamlined approach to global trade has been the company’s goal since the introduction of its cloud software and data-analytics platform in 2013. While the San Francisco–headquartered company has often been part of the discussion regarding how to clean up cargo to benefit the environment, it recently announced new steps it will be taking to offset carbon emissions by implementing Stripe Climate, a tool that allows online businesses to dedicate financial support to CO2-removal technologies.

Developed by the economic-infrastructure technology company Stripe Climate, the technology is available to the firm’s clients, 25 of whom during beta testing have contributed hundreds of thousands of dollars per year to carbon removal, according to a statement from the brand, which is also based in San Francisco.

“As 90 percent of the goods we buy, eat, wear and consume are shipped across the sea, shipping is a significant part of this problem,” Susy Schöneberg, Flexport’s vice president of impact and general manager, said in a statement. “In fact, if the shipping industry were a country, it would be the world’s sixth-largest polluter of greenhouse gases. Left unaddressed, emissions from the shipping industry will increase four times over the next 30 years.”

In an effort to help limit the increase of the planet’s temperature to 1.5 degrees Celsius over pre-industrial levels, Flexport will commit a portion of its revenue to support the development of carbon-removal technologies, which are often overlooked in terms of funding. One hundred percent of the contributions toward Stripe Climate will be dedicated to carbon-removal technologies, and, for its part, Stripe is not charging fees on the funds that are dedicated to the initiative, which the company hopes will ease the process for its partners to support the cleanup and protection of the planet.

“Many of our users have told us they want to take climate action but don’t because figuring out what to do can be time-intensive and complicated,” Nan Ransohoff, head of climate at Stripe, said in a press release. “Stripe Climate makes it easy for businesses of any size to help tackle climate change by funding frontier carbon removal.”