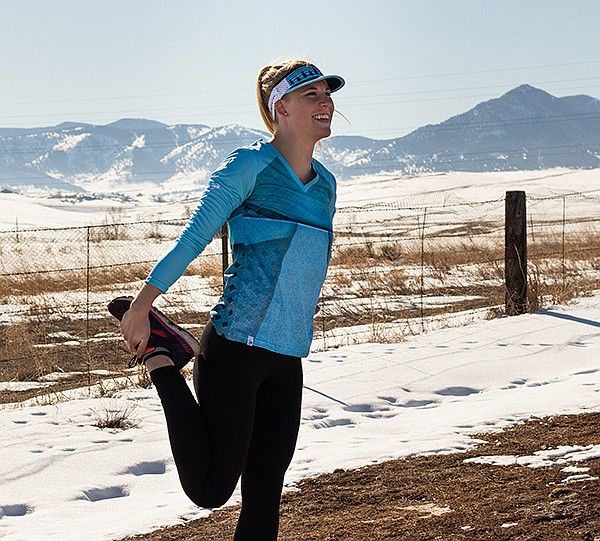 Headsweats (above) and Mara Hoffman (below) are two of the many brands that have invested in the sustainable benefits afforded by using Repreve to create their apparel. | Photo courtesy of HeadSweats 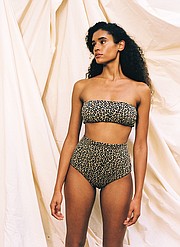 As 2022 approaches, many people are considering the resolutions they will make ahead of the new year, but for fiber innovator Unifi, Inc., a major milestone that was originally planned as a 2022 target has already been achieved. The Greensboro, N.C., company announced late last month that it had reached its goal of transforming 30 billion post-consumer PET plastic bottles into its Repreve recycled performance fibers, a goal that it had originally set out to achieve in 2022.

“Our brand and mill partners helped us achieve this ambitious goal,” said Unifi Chief Executive Officer Eddie Ingle. “By making the switch to sustainable by choosing to use Repreve, we’ve been able to keep more than 30 billion plastic bottles out of landfills. We want to thank consumers for choosing to buy products—ranging from apparel to home furnishings to shoes—made with Repreve. Together, we are working today for the good of tomorrow.”

Launched in 2007, recycled performance fiber Repreve is used to create materials for manufacturing consumer products such as clothing, shoes and home goods. The certified and traceable more-sustainable solution relies on 100 percent recycled materials, which include post-consumer plastic bottles and pre-consumer waste. Unifi also notes that it collects and reuses industrial waste, including its own. Unifi has long been a steward of environmental responsibility.

“We’re committed to being an impactful change leader,” said James Cooper, Unifi sustainability manager. “We anticipate companies will continue to make the switch to Repreve, enabling us to increase recycling rates and giving plastic bottles a second life. As we look to the future, we will expand to additional brands and applications in addition to developing circular programs that allow existing textiles to be transformed into new textiles.”

Today, Repreve accounts for 40 percent of total sales at Unifi. The company projects this number will grow over the course of the year. When Unifi unveiled its Repreve technology nearly 15 years ago, only two brands were on board with the product. Currently, more than 1,000 brands around the globe use Repreve. A few of the notable brands that incorporate Repreve into their production include EleVen, Guess, Headsweats, Mara Hoffman, Next Level Apparel, Nubia Natalie, O’Neill, Patagonia, Prana, Quicksilver, Roxy, Seea, Vissla, Vitamin A and Volcom.

In March, Unifi announced its fourth annual Repreve Champions of Sustainability awards. The recognition highlights the work of the company’s brand, textile and retail partners that have created actionable change toward sustainability. Ninety-three companies were named as award recipients, with Walmart and H&M eachtransforming more than 500 million bottles through using Repreve. VF Corporation and Levi Strauss & Co. were recognized for recycling more than 200 million bottles.