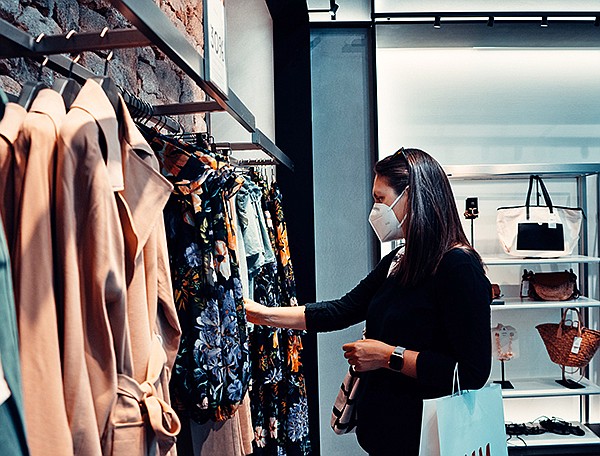 Although 2021 was full of its own challenges, the retail sector saw promising growth that brought optimism for the future of the industry. | Photo by Arturo Rey / unsplash.com

After the onset of the COVID-19 pandemic decimated many industries and cost millions of jobs, many were left wondering how the country would respond in the following years. Although 2021 was full of its own new challenges, such as supply-chain issues, rising inflation and new variants of the virus, the retail sector saw growth, bringing promise as the country continues to navigate into a new normal.

In January, President Joe Biden unveiled the American Rescue Plan to stimulate the economy by increasing unemployment insurance and distributing stimulus payments to qualifying individuals. The move was met with praise from many business groups, and the National Retail Federation said the stimulus helped fuel another leg of growth in the economy. Experts from the accounting and consulting firm Moss Adams predicted in March that retailers would see robust third and fourth quarters in 2021, which fell in line with the NRF’s prediction of a record-breaking holiday season.

Many retailers seized growth opportunities as investment firms believed that retail would return to pre-pandemic form. Menswear retailer Tailored Brands, Inc., announced in March that it had closed $75 million in new financing for its brands, Men’s Wearhouse, Jos. A. Bank, Moores Clothing for Men and K&G Fashion Superstore, and in October, activewear brand Vuori announced a $400 million investment from SoftBank Vision Fund 2.

In April, Mastercard announced a multimillion-dollar investment in the Fearless Fund, an investment fund created by women of color for women of color. The investment helps the fund continually expand its portfolio of women-of-color-founded and co-founded companies. The e-commerce platform Etsy made a series of moves in June 2021 that expanded its market reach. In a deal valued at over $1 billion, Etsy acquired peer-to-peer social shopping site Depop. The deal expanded Etsy’s reach in the resale and secondhand markets while adding Depop’s largely Gen Z user base. Near the end of the month, Etsy acquired the Brazil-based Elo7, which established its presence in Latin America. Elo7 is a marketplace for handmade items referred to as “the Etsy of Brazil.”

One trend that continued outside of the pandemic was online shopping through digital transactions. The apparel industry was already an early adopter of e-commerce, but the pandemic made it almost a necessity as people shifted to shopping online when they couldn’t go into stores. When the pandemic dictated that bricks-and-mortar stores stay closed, many retailers saw increases in their online businesses.

In addition, to capitalize on the digital trends, retailers began offering new ways for customers to pay for their orders, including using payment services like buy-now-pay-later options or turning to cryptocurrencies.

Ally Lending, the lending service for Ally Bank, unveiled a partnership with Sezzle in May that offered new interest-free payment plans for online and in-store shoppers. Leading Millennial and Gen Z fashion brand FashionNova announced a partnership with Afterpay to give customers the option to pay for their orders in four interest-free payments as opposed to paying all at once. Afterpay also parted with Unibail-Rodamco-Westfield, owner of the Westfield shopping centers, to announce an integrated partnership that offered shoppers at Westfield centers a more flexible way to pay for their purchases as shoppers returned to in-store buying.

PacSun became the first major brand in the apparel and retail space to accept cryptocurrency when it partnered with BitPay in October, and near the end of the year Visa launched its own digital-currency advisory service, which intends to educate retailers and financial institutions on everything regarding cryptocurrencies, including rolling out crypto features such as exploring nonfungible tokens. Social marketplace Poshmark celebrated its 10-year anniversary by launching a collection of NFTs that also offered Poshmark perks for members.

Denim brand Levi Strauss & Co. reported that its first-quarter numbers for 2021 were down 13 percent compared to the same quarter in 2020 but that global digital net revenues grew 41 percent, which gave the company confidence to increase its projected outlook for the year and raised its first-half adjusted earnings per share.

Expanded-size brand Torrid closed above its IPO price in July as the body-positivity movement has led to more women being comfortable in their own skin.

In October, the NRF predicted a record-breaking holiday shopping season in 2021 as more people returned to in-person shopping in addition to continuing to shop online sales. The supply-chain issues that troubled stores and shoppers most of the year began to ease up around the holiday shopping season, which helped drive numbers.

A majority of shoppers began their shopping before the holiday season, which the NRF defines as Nov. 1 to Dec. 31. This trend also helped alleviate any effects felt from shipments being delayed at the ports. After the early start and the positive Black Friday weekend shopping numbers, the NRF said the holiday season is on track to exceed its initial predictions.