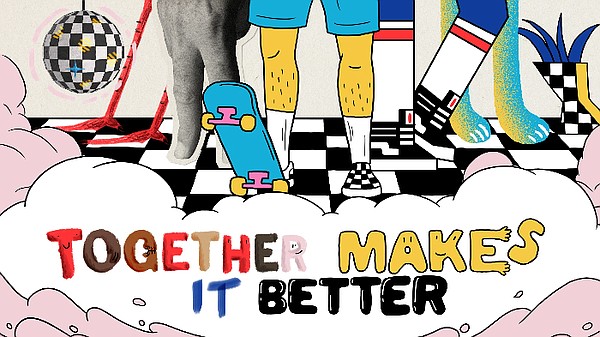 The third annual Vans Checkerboard Day took place Nov. 18 and more than 18,000 fans used their creativity helped raise over $1 million to help restore communities across the world. Vans and The Vans Checkerboard Fund at Tides Foundation donated over $1 million, bringing the total raised to over $3 million since the event began in 2019. Image: Vans

Actions-sports footwear, apparel and accessories brand Vans has announced that, with the help of over 20 non-profit partners, the brand was able to encourage more than 18,000 fans of the label to use their creativity to better their communities around the world on Vans Checkerboard Day.

The third annual Vans Checkerboard Day took place Nov. 18 and featured a number of art, action-sports, music and film activations all over the world. JUJU and Surf Ghana hosted several different activations at Besua Beach in Ghana that included beach clean-ups, free surf lessons, an art performance, a film screening and a custom-culture workshop. Surf Ghana also unveiled Freedom Skatepark, Ghana’s first-ever skatepark. Surf Ghana launched the campaign to fund the skatepark in 2020 and was supported by the late Virgil Abloh, who was overseeing the project before he passed away.

Vans Checkerboard Day began in 2019 and the company has donated more than $3 million to creative charities globally. The Vans Checkerboard Fund at Tides Foundation was established to support Vans’ ability to provide monetary support to nonprofit organizations.

In addition, Vans fans donated a total of five million of their own Vans Family points through the Vans app to raise an additional $25,000 for DoSomething.org scholarships. Vans Family is the loyalty program for Vans and points are earned by making purchases at Vans stores or on its website.