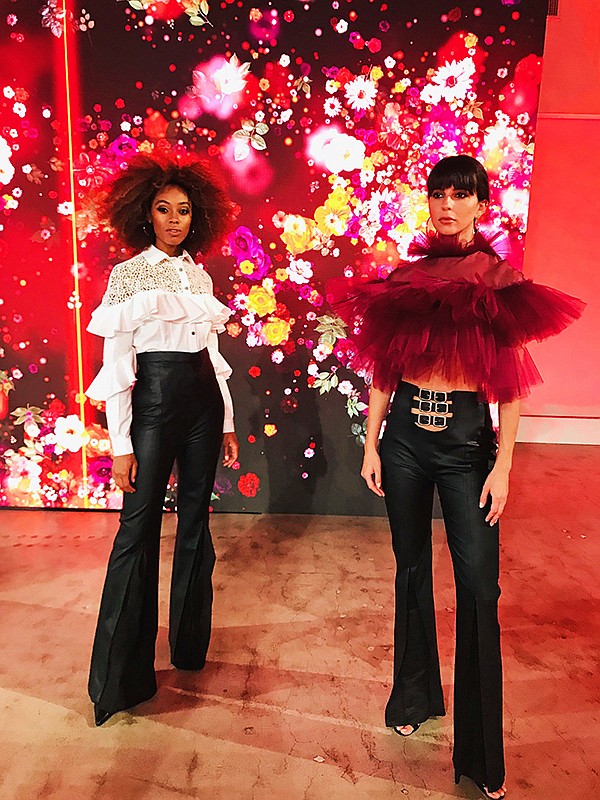 The Show Must Go On ... Virtually

The Show Must Go On ... Virtually 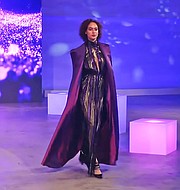 Producing a full-scale fashion show was not an easy task pre-pandemic, so imagine the challenges now. That is exactly the dilemma I encountered this past year as co-chair of the Fashion Design Department at the Fashion Institute of Design & Merchandising when we had to make a decision about our famed FIDM Debut show.

At FIDM, we have a unique program—the Advanced Study in Fashion Design—where approximately 10 handpicked graduates of the Associate of Arts program spend an additional nine months creating their first capsule collections, from sketch to final garment. The culmination of this premier program is the Debut show, where the students’ final collections are showcased on a grand runway stage.

For many years, the Debut show had been produced at the expansive Barker Hangar at the Santa Monica Airport as part of a three-day event featuring a cast of more than 40 professional models, countless dancers, actors, dressers, backstage workers, producers, choreographers, graphic and scenic designers, as well as FIDM students receiving unique hands-on fashion-show production experience. It was an immense undertaking mirroring a grand Hollywood production. Traditionally the show occurred in March.

Guess what happened in March of 2020? I do not think any of us will forget those fateful days when California enacted a shutdown because of the growing COVID-19 pandemic. Back on campus, the students had finished their collections and we were already conducting final model fittings. The seating charts of the more than 3,000 audience members invited to the show—for each night—were already being selected.

It all came to a complete halt as we announced to the 10 graduates that we could not have the show. Needless to say, they were devastated. I would be too. To try and remedy some of the pain, my fellow co-chair, David Paul, and I quickly organized a photo shoot at the FIDM Museum. Utilizing two models and a skeleton crew—socially distanced and wearing face masks—we photographed some of the students’ designs so that at the very least they could have some professional photos of their work.

As the pandemic worsened, it seemed evident that hosting a physical Debut show at the scale of past events would be unfeasible, so everything was put on hold. The entire time, however, we still held out hope that somehow we could do it so the students would finally have their show. As we waited for some slight loosening of the lockdown, we kept a keen eye on looking at new ways to showcase the Debut production, albeit in a more pandemic-friendly manner.

I scoured the internet for ideas regarding how designers were showcasing their work in this uncharted remote age—digital mini films, virtual fashion shows, photo-shoot slide shows—you name it, I researched it. Months and months went by as we continued to look for venues that could possibly be available to mount a fashion show utilizing a much smaller crew.

After seeing the Spring/Summer 2021 Valentino show online—held at a cavernous industrial warehouse during Italy’s shutdown—I kept thinking that if we could find a similar venue we might be able to do our Debut show. After seven months of searching, FIDM’s vice president of education, Barbara Bundy, suggested we visit the Cooper Design Space in downtown Los Angeles and view its enormous area on the 11th floor. The minute I walked in and saw its large industrial design and socially distanced–friendly space, I knew that we had discovered our new Barker Hangar. Now, we encountered the hard part: How do we pull this off?

We decided the only way to mount this new Debut show would be virtually. It would be shot during several days and then edited into a one-hour runway show. No audience was allowed and, eventually, we would stream it on YouTube.

For two months, we held new model castings, model fittings—done virtually over Zoom with the students safe in their homes, located around the world, from downtown L.A. to Indonesia. COVID-19 testing and temperature-checking protocols were adhered to, there was a skeleton crew and many production-design Zoom meetings.

Finally, in November, we filmed the new Debut show. Because of the limited number of models, all 11 were used repeatedly for every designer’s collection as we stopped and started filming each of the show’s segments, including both the fashion as well as the theater-costume portion, which traditionally form the full Debut show.

David and I really wanted this new Debut to showcase the graduates’ work and create the vision of a modern and current runway fashion show. While our inspiration came from Europe, we made sure to reflect the unique qualities of Los Angeles, and there was no better place to do this than at the gorgeous industrial space of the Cooper.

The virtual Debut show was unique, not only in that it was a first for us but also gave us the chance to focus on each design and showcase some of the important details in the garments the young designers work so hard on. Often, these small details get lost in a runway show. We also were now able to have thousands of people from around the world view it—and from a front-row seat.

We think the result was outstanding, especially knowing what we had gone through to get there. The students got their Debut show, and we were thankful and proud of all that we had achieved. This was not the traditional FIDM Debut show of the past, but then again will anything be the same after what we have gone through? The pandemic has forced us to think differently, think outside the box and be more creative. In the end, the adage, “The show must go on” applies.

Nick Verreos is co-designer of the Los Angeles brand NIKOLAKI, which has been worn by Katy Perry, Carrie Underwood and Beyoncé. He is also the co-chair of the FIDM Fashion, Theatre Costume, and Film and the Television Costume Design programs. In addition, he is the consulting producer for Bravo’s “Project Runway”; an author of fashion, patternmaking and sketching books; and the face of the popular YouTube channel “Fashion School With Nick Verreos.