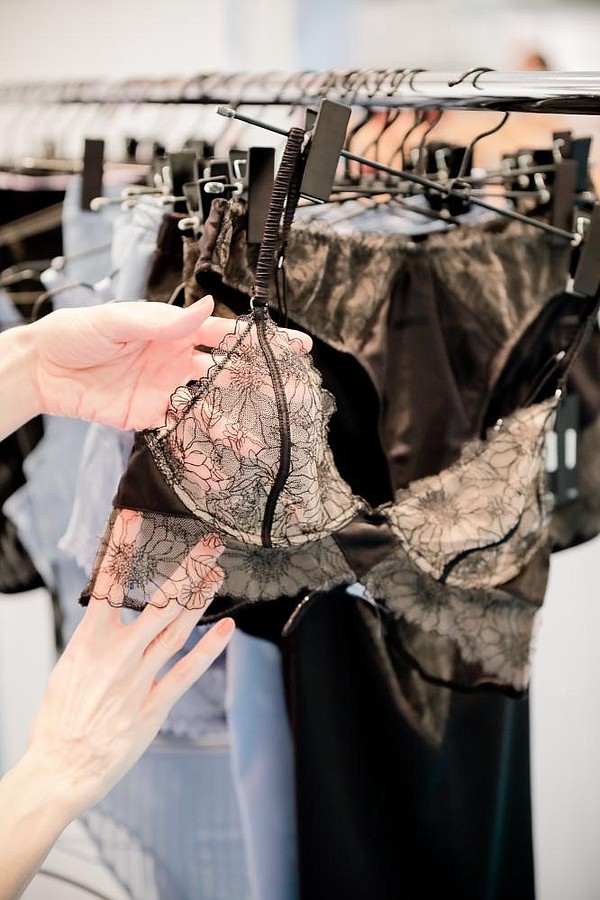 During its Feb. 16-28 event, Curve Connect evolved, as it incorporated attendee feedback to produce a lingerie, foundationwear and loungewear show that will serve as an important social resource for the industry. | Photo courtesy of Curve Connect

Curve Connect Sets Its Sights Beyond a Virtual Event, Seeks Status as a Social Medium

Jessica Krupa of Panty Promise, who won Curve Connect’s Brand Pitch Off in October, shared her line sheets in an effort to meet with potential partners. | Image courtesy of Panty Promise

The Comexposium Group’s virtual trade event Curve Connect was hosted Feb. 16–28 as the second edition of this digital production. The platform, which is powered by Grip, will be available for the remainder of the year as Curve Connect organizers seek to transform the trade show into a permanent online destination for its clients. Curve Connect’s visitor promotion director, Kirsten Griffin, compared it to a social network for the lingerie and foundationwear market.

“We want it to be a really important resource for buyers and brands to network, meet each other and make connections,” Griffin said. “Our intention is to keep the platform open all year-round and then we’ll have specific market weeks. We’ll have another market week in May, which follows the traditional lingerie schedule when we had physical events and traditional market weeks.”

Due to the necessity of the categories served by Curve Connect, the brand is positioned to achieve its goal. From loungewear to lingerie, Curve Chief Executive Officer Raphael Camp noted that the market remains strong and will continue to perform.

“People stay home and stay in their PJs all day long, or they’re out walking and wearing support bras, or Millennials and skateboarders in California are wearing bralettes to complement their hoodies,” Camp said. “It’s a very versatile industry, and this time shows it. People are going to continue to wear bras and bralettes. It’s not going anywhere.”

While the industry has been waiting to return to on-site events, which Griffin and Camp have planned for Aug. 1–3 in New York and yet-to-be-determined August dates in Los Angeles, the Curve Connect platform can serve as an alternative for industry professionals who are reluctant to travel. The Curve Connect producers have been listening to their customers, which has resonated with attendees such as Judy Masucci of Wexford, Penn.’s Levana Bratique, a single-door store and digital shop that has been in business since 2007.

“The resources that Curve has put together are to really try and help us. Participate in as much as you can and provide feedback where you think something isn’t relevant because Curve wants to be relevant to us,” Masucci said. “The big difference between the first Curve Connect and this Curve Connect is dramatic. They’ve incorporated a lot of our feedback, so it’s important to give them feedback and to participate whenever you can to benefit from it.”

As an emerging brand in the underwear space, Panty Promise of Union City, N.J., has entered the market after founder and lingerie-design veteran Jessica Krupa launched her label in 2020 as a feminine-wellness panty brand that relies on organic cotton. Krupa also retains the services of gynecologist Alyssa Dweck to inform her decision-making to create underwear that promotes feminine wellness. The brand won Curve Connect’s Brand Pitch Off in October and returned during this edition to meet with potential partners.

“I spent the majority of my time during the show seeing who was just a good fit for Panty Promise, seeing the types of product they carry and going at them and getting to them in that way,” Krupa said. “What I like that Curve is doing is that they are making it a yearlong thing versus just the two weeks. This is ongoing, so I am curious to see how it works out for myself as I continue to pitch people.”