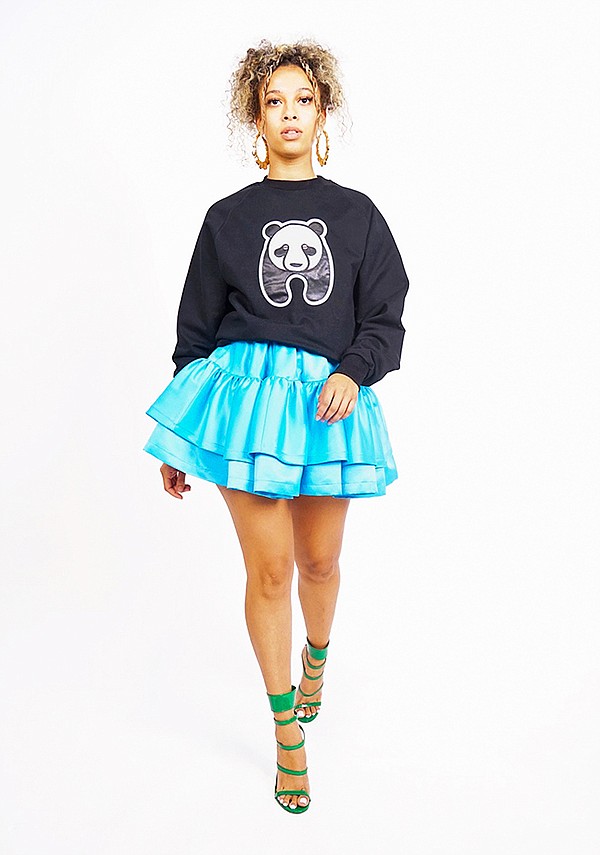 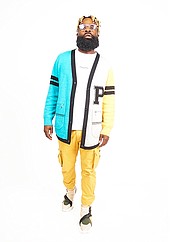 The road to fashion greatness was a winding path for Samuel Taylor, founder of the elevated luxury streetwear and wearable-technology brand Silent Panda. Once a promising baseball player who was a member of AAA teams for the then–California Angels, currently the Los Angeles Angels, and the Cincinnati Reds, Taylor always found himself sketching, starting as a preteen who was bullied for the clothing he wore.

“My parents didn’t believe in paying premium prices for clothing. They bought my siblings and me what they felt they could afford,” Taylor explained. “Although the teasing kept going, there was somewhat of a respect that ‘Hey, we’re going to continue to tease this kid, but this guy has some talent.’”

The inspiration for the name Silent Panda was also developed during this time as Taylor became more talented in baseball as he grew up. Though he was a gifted athlete, Taylor was quiet, and while people didn’t know his name they knew of his abilities and described him as resembling a panda bear. Taylor holds a degree in Black Studies from Contra Costa College, located in San Pablo, Calif., but also studied exercises in sports science at the University of San Francisco and took classes at the Academy of Art College.

When he was in the midst of his studies, in 2002, Taylor was offered a job with Outkast Clothing Co., the eponymous brand founded by the hip-hop duo Outkast.

“They offered me an opportunity to become an assistant designer, and I told them that I was still in school. They took a look at my work and said, ‘You can finish school later. You can design, and you’re really good,’” Taylor said. “So I took them up on their offer and worked with those guys for a year and a half, and that is how my career got started.”

Between 2002-2012, Taylor worked as a designer with Fortune 500 companies and several private labels. These roles in design led Taylor to work with Levi’s, Old Navy, PacSun and Reverb. In 2012, Taylor launched an athleisure brand named TESH Sports, but he branched off in another direction, eventually founding Silent Panda.

Launching Silent Panda in 2017, Taylor found his calling and success as an independent designer. While knitwear and some twills are manufactured in Italy and Portugal, Silent Panda enjoys ties to local manufacturing for its suits, gowns and blended-fabrication pieces. Taylor splits his time and production between Los Angeles and San Francisco, supporting the apparel industries in both cities.

Now a force in not only fashion but also in the future of wearables at the crossroads where style and technology meet, Taylor is showing his work on major fashion runways including New York Fashion Week and Tokyo Fashion Week. For his NYFW virtual Spring/Summer 2022 presentation called “In My Head: Inspirational Thoughts,” a focused Taylor sits at a sewing machine constructing a garment. Models then walk through the doors of this workspace wearing pieces from the collection that touch on a wide array of styles. The pieces include branded sweatshirts paired with miniskirts; varsity jackets and sweaters; suiting; a coat that features the face of Jesus Christ; and formal evening gowns. It is from this presentation that the future of Silent Panda will grow.

“The roots in the brand are reimagining futurism within Black heritage. That is the whole conceptual aspect of the brand,” Taylor explained. “Everything that we do, we reimagine organizations that either have been banned, deleted from society or closed down.”

Intent on remaining ahead of trends, Taylor notes that designing around themes of futurism would not be possible without incorporating technology, a space in which he feels the fashion industry still has a lot of room to grow.

“In fashion, we’re adopting technology, but we have been slow to truly embrace it as the immediate future of the industry,” Taylor explained. “We, as a collaborative bunch, are dedicated to pushing the envelope and taking risk creatively to tell our own story of how we are embedding innovation and technology into all of our product. By embracing this method, we can control our own narrative and carve out the continued success for Silent Panda going into the future. That is how I want to to operate our company—utilizing innovation and technology to tell stories based on my community so that we can become the best versions of ourselves.”