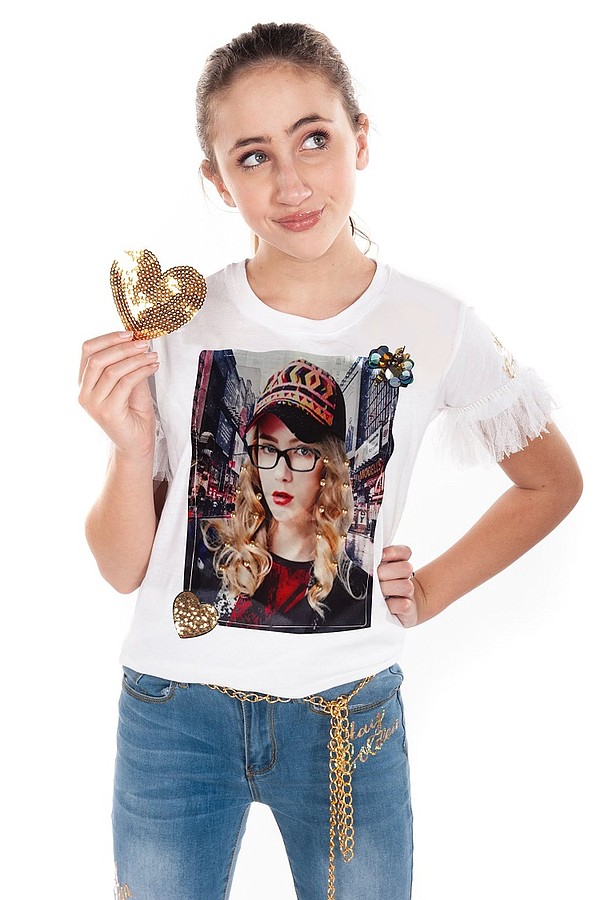 "Sydney to the Max" actor Ava Kolker and Beverly Hills designer Pol' Atteu collaborated on a collection that had been postponed during the COVID-19 pandemic and was released over the summer as Ava by Pol' Atteu. Photo: Ava by Pol' Atteu

After being postponed due to the arrival of the COVID-19 pandemic, a collaboration between actor Ava Kolker and Beverly Hills designer Pol' Atteu was released over the summer through Ava by Pol' Atteu to bring affordable luxury to children, teens and women. While the collection was in the works during 2019, the pandemic caused the partners to delay the launch and shift focus. In July 2020, the Ava by Pol' Atteu face-mask collection was released. Recently, the remaining line of T-shirts was unveiled following a long wait.

"We did a collaboration with this Disney star, Ava Kolker from 'Sydney to the Max' and we have a line of 3D T-shirts and jeans that we just released and they’re available at Walmart," said Patrik Simpson, executive producer of "Gown and Out in Beverly Hills," a reality show on Amazon Prime Video that follows Atteu's work, and vice president of marketing and brands for Pol’ Atteu Haute Couture. "We launched it at the fashion week and of course COVID hit and nothing happened with the project for a year. It was stuck and he has just redesigned all the samples for the T-shirts. It officially listed on Walmart."

Kolker, who plays the role of Olive Rozalski on "Sydney to the Max" was always interested in fashion and was able to indulge in this interest through working with Atteu. Available in children's, teens and women's sizes, the T-shirts include 3D elements such as crystals, pearls, hearts, jewels, sequins and lace. Available via Walmart.com, Walmart Canada and the Ava by Pol' Atteu site, the collection is priced $29-$59.