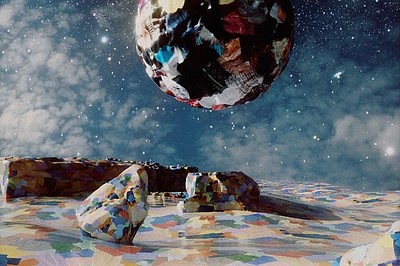 Fashion retailer H&M has revealed a new short film in support of Climate Week NYC, which runs from Sept. 20 through Sept. 26.

Created by a team of digital artists from around the world, the short film explores the principles of circularity and is intended to inspire and educate consumers on the value of clothing as a resource and how important it is to build a circular future. The story follows how a garment can live multiple lives through reuse, repair and remake, and emphasizes the fashion industry’s responsibility to develop sustainable ways to design and produce apparel.

For H&M to reach its goal of becoming climate positive through its whole value chain by 2040, the company says it must become a circular business. Another piece of H&M’s ongoing sustainability strategy has been a collaboration with the Ellen MacArthur Foundation, whose mission is to accelerate the transition to a circular economy.

H&M intends to have its goals approved by the Science Based Targets initiative (SBTi), which shows companies how much and how quickly they need to reduce greenhouse gas emission to help prevent climate change. Through the SBTi, H&M intends to reduce emissions in its operations by 40 percent by 2030, reduce emissions outside of its operations by 59 percent per product by 2030, and increase sourcing of renewable electricity from 95 percent in 2017 to 100 percent by 2030

The short film is available on the H&M website, but it is specifically formatted to be shown in planetariums, so viewers are immersed in sight and sound. The short film will be shown in planetariums across the United States during Climate Week, including the Frost Planetarium in Miami and the Peoria Riverfront Museum in Chicago. Viewers will also be able to participate in a sustainability workshop before the premiere.