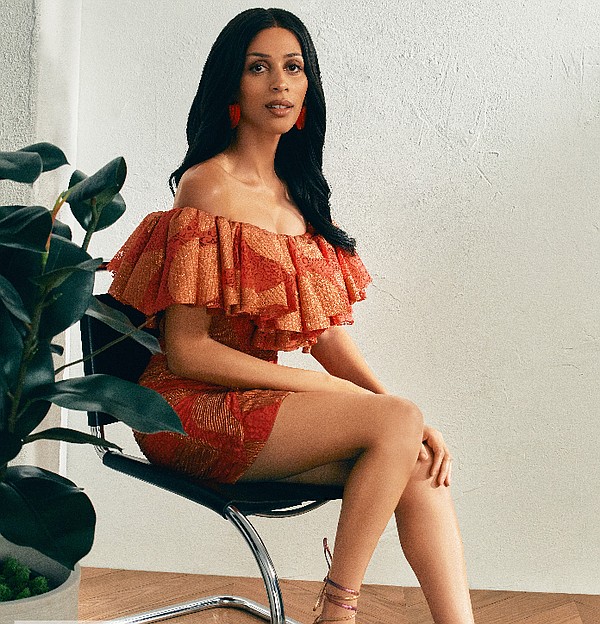 Isis King, one of the recipients of the Saks Visionary Voice Award. King received an award of a $10,000 donation to the Unique Woman's Coalition, which is an organization dedicated to being a voice surrounding the narratives of the Black Trans community. Image: Saks

In celebration of Women’s History Month and International Women’s Day on March 8th, Saks has announced a campaign that spotlights unique visionaries and groundbreaking designers.

Components of the digital campaign include content on Saks.com and social media channels, in-person and digital events and themed windows at the flagship location in New York. Saks is also awarding three women with the second annual Visionary Voice Award, an award that honors women making a difference in their communities.

The Saks Visionary Voice Award recipients include Amanda Nguyen, Mira Mariah and Isis King, who will be awarded $10,000 to a charity of their choice. Nguyen is directing her award to RISE, an organization she founded that fights for the rights of sexual violence survivors. Mariah is donating her award to RespectAbility, a disability-led nonprofit that works to change how society views people with disabilities. King is supporting the Unique Woman’s Coalition, an organization dedicated to being a collective voice surrounding the narratives and needs of Black Trans culture.

"Saks is dedicated to elevating diverse voices in the fashion world and in the culture at large," said Emily Essner, chief marketing officer of Saks. "We're proud to showcase designers and leaders who are making a difference in the world and giving back to their communities. We look forward to using our platform to continue championing these efforts in years to come."