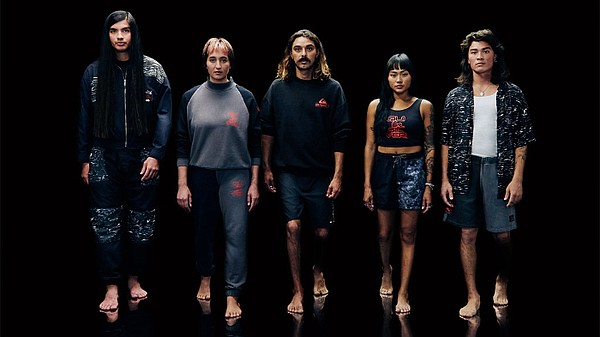 Quiksilver has announced a new collection in collaboration with Netflix for the upcoming fourth season of “Stranger Things” to bring fans of both brands together as well as introduce the brands to new audiences.

The show is set to premiere in two parts, with Volume One premiering May 27 and Volume Two premiering June 1 and Quiksilver will drop multiple capsule collections throughout the season. The brand is a wardrobe partner with the show but has never partnered with a brand the size of “Stranger Things,” which is the second-biggest show in Netflix history. The show, set in the 1980s, features classic styles from the Quiksilver archive and the new collection aims to revive some of the nostalgic and iconic surf-inspired ‘80s era for the brand.

“Working so closely with the ‘Stranger Things’ costume designer has been such a unique and special collaborative journey,” says Quiksilver product director Andrew Henry. “We’ve been able to revive classic styles from the 1986 and 1987 Quik archive to align with ‘Stranger Things’ 4, creating specific apparel for cast members and consumers alike. We’re excited to tell Quiksilver’s story through this season of ‘Stranger Things’ and reach a new audience through the lens of a show they know and love.”

To celebrate the apparel launch, Quiksilver plans to hold customer-facing pop-up shops and other large-scale activations around the glove. The collections will be available for purchase on Quiksilver.com.