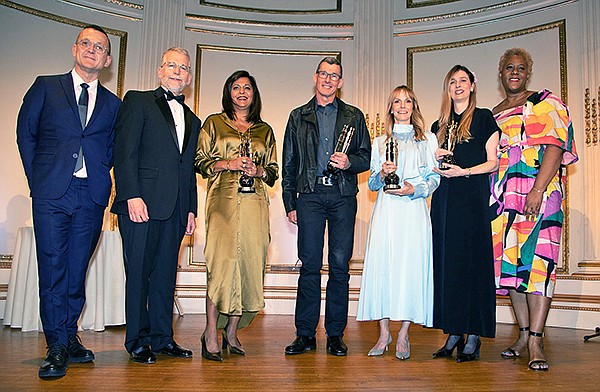 The AAFA American Image Awards gave out honors to Chip Bergh from Levi Strauss & Co. as Person of the Year, Gap Inc. as Company of the Year, Prabal Gurung as Designer of the Year, ThirdLove as Fashion Maverick and The Ellen MacArthur Foundation’s Fashion Initiative as the Eco-Steward of the Year.

“The 2022 honorees are true visionaries, turning hard-learned lessons into new sources of strength to build a better industry and a better world,” said AAFA President and CEO Steve Lamar. “AAFA thrives on the energy that our honorees bring every day and taps into the passions of all our members as we create educational and policy solutions for the industry. We are proud of—and eager to multiply—their impactful contributions around the globe.”

Heidi Zak, co-founder and CEO of San Francisco–based ThirdLove, noted that if pre-worn bras they receive cannot be donated to other women, surprisingly, the bra closures are instrumental in helping turtles recover from injuries sustained due to accidents and are donated to a wildlife rescue.

“We knew we could do better at ThirdLove, and that’s what we did. Today, we are one of the largest donors of bras and underwear in the country, with more than $50 million worth of product donated to date.”

For the sixth year, the AAFA partnered with the Council of Fashion Designers of America Foundation as its beneficiary, with the proceeds funding the industry and the development of philanthropic programs.

“As the CFDA commemorates 60 years of fashion this year, we reflect on the industry’s evolution over the past six decades, recognizing the immense impact American fashion has created across the globe, including that of which has been created by tonight’s honorees,” said CaSandra Diggs, president of the CFDA.