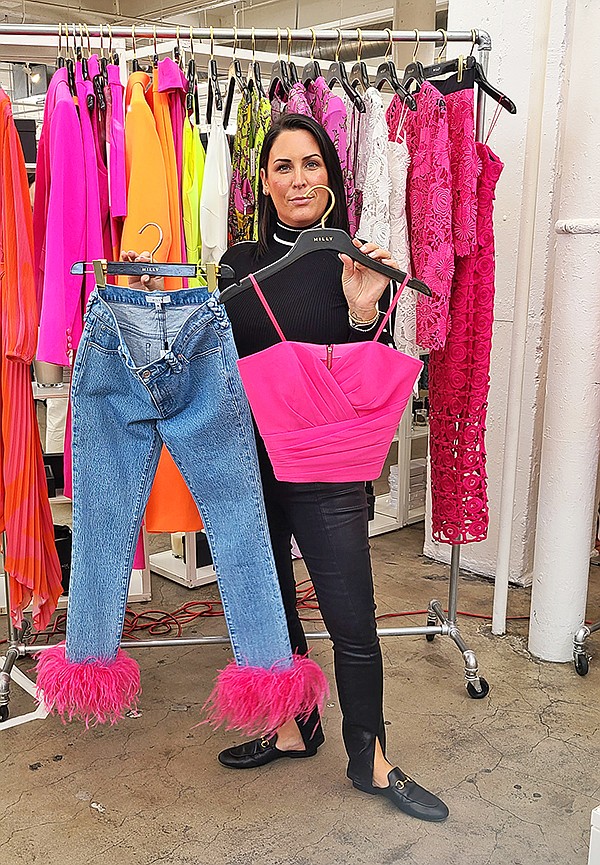 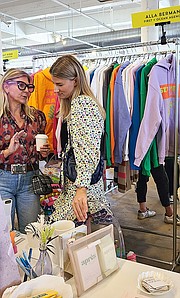 In the penthouse, Brand Assembly was abuzz with buyers. Evan Woolf and Ronnie Unger, buyers for The Store in Mill Valley, Calif., summed it up this way: “We’ve been to this market a million times, but this is the busiest and most energetic we’ve ever seen it. It’s really pumping!”

Margo Garcia, general manager of the Cooper, added, “It was such a great market. We are looking forward to January.”

The vibe continued inside the booths, where at Unsweetened the LOL tees were downright hilarious. Nora Neiterman, the designer and founder, showed her new humorous-message tees. One of her styles, “Manifest That Shit,” was a bestseller at $30.

At Alla Berman, contemporary graphic sweatshirts spoke to a renewed desire to travel again. The Destinations collection was colorful and rich with rhinestone and pearl embellishments. St. Tropez, at $84, was doing very well. Who doesn’t want to be on the French Riviera? 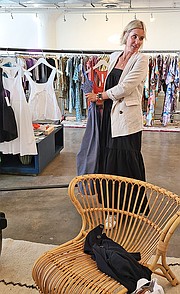 Milly showed mouthwatering colors of citron, lime, hot pink and tangerine in a Miami Meets Rome theme. Liz Cohen, director of sales, spoke to “a big return of suiting with a new perspective.” Price points ranged from $172 to $359.

Good American expanded its brand with a new “better than leather” group, where the fabric comes in three weights and has stretch. Emily Hirschmann, senior account executive, explained, “Our girl is sexier and wants a flattering fit. She wants to show off her curves!”

The rest of the Cooper was equally busy. At RD Style, the “dawn to dusk” silk separates introduced the cargo as the seasons “it” pant. At the T&A Showroom, Spirit Jersey was all about taking fun to the street with its whimsical unisex knitwear. The fresh and playful styling at Juliette Fabbri saw lots of placement in its swing bodies and its newest halter jumpsuit. 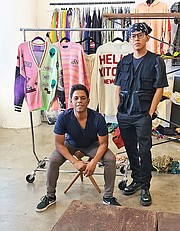