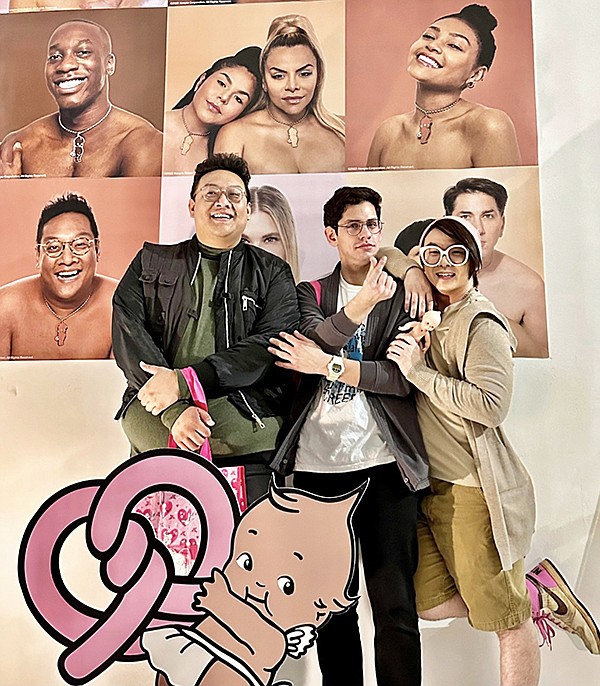 Kewpie and ONCH launched a limited-edition jewelry collaboration in December at the art-inspired boutique In Heroes We Trust in West Hollywood, Calif. Over a year in development, the passion project by pop-culture visionary ONCH creates a strong message of inclusivity and diversity, portraying the character Kewpie in a range of skin tones.

Created more than a century ago by Rose O’Neil, America’s first female cartoonist, Kewpie revolutionized character art and became a goodwill ambassador of love and equality known as the Kewpie doll.

“I was so honored to work on this very special and personally meaningful project and to continue Ms. O’Neil’s legacy,” ONCH said. “Fans are now able to celebrate their own uniqueness and individuality with their cherished Kewpie.”

“From our first conversations with ONCH, we loved the energy and passion he brings to his collaborations,” said Lisa Levine, owner of Licensing Works!

The beautifully designed pieces are both cool and contemporary, with enamel faces and silhouettes available in five different skin tones. As part of the design, Kewpie is seen holding ONCH’s signature double-twist pretzel. The limited-edition collection includes necklaces priced at $45, pins at $18 and a set of five different earrings for $58. While supplies last, these collectible accessories can be purchased online at www.onch.us.

A large crowd gathered for the preview at In Heroes We Trust with a cocktail reception followed by an after party at Short Stories Restaurant. Store owner and the evening’s host Neely Shearer said, “I am very excited to support an artist like ONCH, who continues to follow his creative calling.”

Blowups of the campaign lined the walls of the store, featuring, among other celebrity friends, comedian Atsuko Okatsuka, which created plenty of Instagram-able moments. ONCH greeted attendees, including several of his celebrity friends who had modeled in the campaign, including influencer and actor Daniel Nguyen and dancer Kent Boyd. Also among the guests were Emmy-winning artist Gary Baseman, actor and DJ Matt Bennett and celebrity stylist Andrew Philip Nguyen.

Tomoko Kato, trademark rep for The Kewpie Group, was thrilled with the turnout and said, “It was amazing to see such a broad mix of friends, designers, artists and supporters all celebrating this unique collection for our enduring brand.”