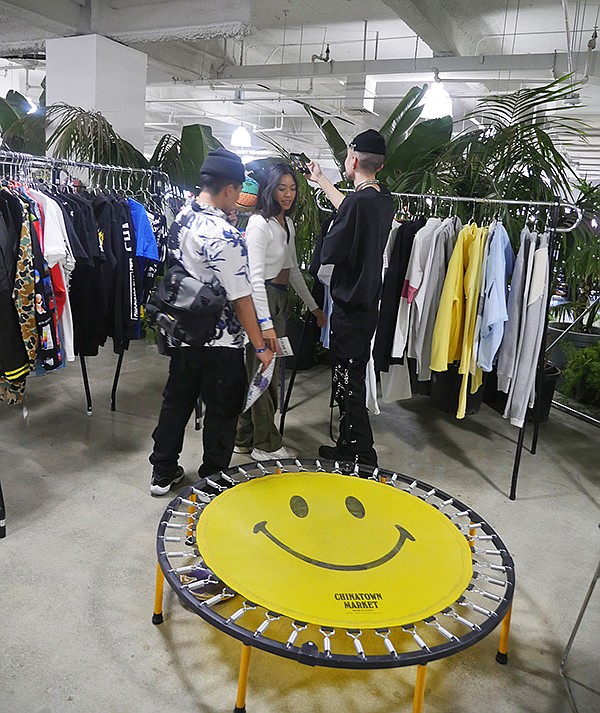 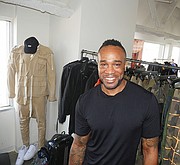 Streetwear styles have forged their own sartorial paths for years, and retailers shopping the streetwear- and fashion-focused LA Men’s Market looked for new and classic styles at the Oct. 15–16 edition at the California Market Center in downtown Los Angeles.

Some trends have a long, long life. The 1990s revival has been trending for more than a decade and remains popular, said RJ Fahrion, a co-founder of Fice Gallery, which runs a boutique in Salt Lake City and another one in Denver.

“They’re bringing back a lot of brands from the ’90s,” Fahrion said. “We’re seeing a push to bigger fits.” He also said that chino pants with cropped ankles were trending. There has also been a trend toward baggier fits in all clothing.

Mike Gangewere of the Boston shop One Gig said that there is a thirst for new styles. Two-tone clothing has been gaining popularity. Half of the fabric used in these clothes is shaded in one color; the other half is dominated by another hue. A taste for luxe continues to trend.

“Skateboarders are wearing more-expensive clothes,” he said of skateboarders’ elevated tastes for the styles of European luxury houses.

The 160 booths exhibiting at LAMM looked to past styles and new inspirations during this run, where space was sold out, said Sannia Shahid, LAMM’s show director. During the October 2018 run of LAMM 140 booths exhibited at the show.

Vendors had a wide range of reaction to the trade show’s business. “It was amazing,” said Mike “Live” Garcia, the director of sales for the Asthetik Agency. He represented brands Xlarge, Publish, Pas De Mer, Candor, Peaceful Hooligan and Shalom. The recent show marked a return to wholesale for the Santa Cruz, Calif.–headquartered brand, which had taken a five-year hiatus from wholesale and has only done business on its direct-to-consumer channel.

Garcia said it was important to make appointments with retailers to make the most of trade-show time. It’s a different situation than more than a decade ago, when vendors could rely on walk-in traffic.

The Gecko Hawaii brand assembled a beach-style tent at LAMM, said Derek Sciacqua, a Gecko Hawaii partner and president of the brand. “I didn’t expect a lot of traffic,” Sciacqua said. “But I got quality traffic.” He said that he was pleased with new accounts that he picked up.

Mike Sension made his trade-show debut with the made–in–Los Angeles brand SBR. He exhibited the brand’s workwear-inspired outerwear including bomber and coach’s jackets, which are made from Japanese and Italian fabrics. The bomber jackets wholesale for $237. “It was slow motion,” he said of the traffic. “I’m here for the first time, so I’m getting the lay of the land.” 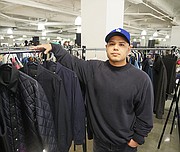 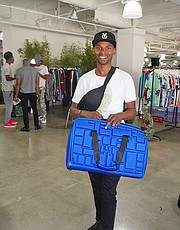 While LAMM is best known for streetwear, it also offers space to brands and designers who do not fit easily into the category. Montreal-headquartered Vincent D’Amerique was the only brand showing suits and blazers at the show. Isabelle Tassé of Vincent D’Amerique said that buyers were interested in her brand’s suiting, which focuses on an ease of movement and stretch. Its shirting includes spandex to offer easier movement. The blazers offer special panels under the arms to make arm movement easier. “A lot of buyers came by the booth. Stylists for TV shows visited too,” she said. “We’ll see where that leads.”

Eric Cooper showed his activewear brand ULA. He said that he may have been the only brand to exhibit clothes for the gym at LAMM. He said that buyers appreciated the unique category he represented at the show. “There is a lot of energy, and I’m making a lot of connections,” he said.

A wide range of retailers passed through the show, including e-tailers such as Zappos and Revolve as well as the influential Los Angeles specialty shops American Rag and the veteran skate-and-streetwear shop Brooklyn Projects. Show vendors said they were pleased that influential boutiques located from around the nation came to the show. They included Urbanity of Bellevue, Wash.; Zebra Club from Seattle; Rock City Kicks from Little Rock, Ark.; and Unknwn from Aventura, Fla.

LAMM also was the site of a number of trade-show debuts for Los Angeles brands. About 40 percent of brands exhibiting at the event were new to the show. The downtown Los Angeles–headquartered MESSRS mixes streetwear styles and British tailoring traditions. Kraidel showed men’s leather jackets and bags. Art by Lorenz Christopher showed the street art of Lorenz Christopher on hoodies and tees. 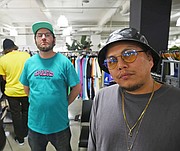 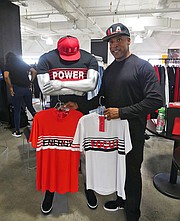