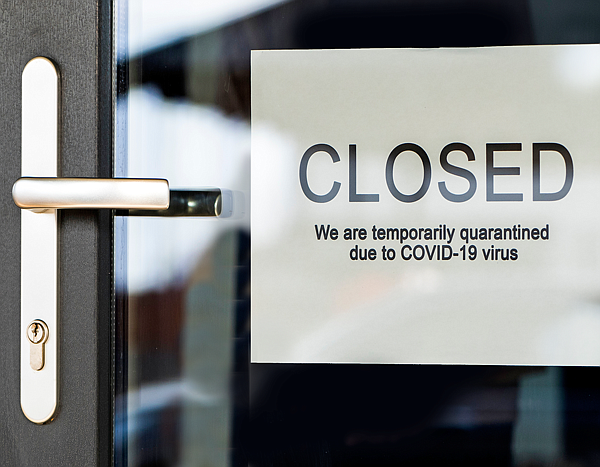 Continued debilitating business obstacles due to the COVID-19 pandemic have grown as the economy enters the second quarter of 2020 with employment and sales figures in the apparel industry decreasing.

On April 3, reports showed that the United States unemployment rate for March 2020 rose 0.9 percentage points to 4.4 percent compared with 3.8 percent during March 2019. According to the United States Bureau of Labor Statistics, this difference represents the largest single-month increase in the rate since January 1975.

Additionally, the number of unemployed persons increased to 7.1 million, a figure that represents a change of 1.4 million. When examining these figures, it is important to note that the increase represents a time frame that includes periods during which stay-at-home orders and nonessential business closures due to the threat of the coronavirus pandemic had not yet been enacted.

During March, retail-trade employment declined by 46,000, with clothing and accessories stores declining by 16,000, according to the BLS. The United States Census Bureau reported advance March 2020 estimates of U.S. retail-and-food-services sales—adjusted for seasonal variation from February, in addition to holiday and trading-day differences—at $483.1 billion, which is a decrease of 8.7 percent from the previous month. This figure was below March 2019 numbers by 6.2 percent. The Census Bureau did not include adjustments due to price changes in these calculations. Retail-trade sales declined 6.2 percent from February 2020 in addition to a 3.8 percent decrease from last year. Compared with March 2019, clothing and accessories stores were down 50.7 percent.

Experts with the National Retail Federation trade association discussed the impacts of the retail-sales figures, which reflected the largest monthly decrease on record, noting that restaurants, bars and shops were forced to close temporarily, yet retailers considered essential and grocery stores were reporting that sales were up during March.

According to Jack Kleinhenz, the NRF’s chief economist, this uneven reflection of the retail industry showed a clear line between what he termed the “haves and have-nots.” He warned that, in the coming months, data could be more alarming as consumers continue to purchase only the necessities to weather the coronavirus pandemic.

“March was a month that started out with many stores still open, but far more are closed now,” Kleinhenz said. “Don’t be surprised if the data going forward show a worsening situation. Even if the economy begins to reopen in May, consumer behavior may take a long time to adjust. The road to recovery could be long and slow.”

While retail-sales figures from the Census Bureau and those of the NRF differ due to the latter’s exclusion of automobile dealers, gasoline stations and restaurants, there is one area of this segment upon which they could agree. Despite the NRF’s calculation that showed core retail was up 1.7 percent seasonally adjusted from February and up 4.5 percent unadjusted year-over-year, the Census Bureau was examining clothing stores. In this category of retail, the NRF saw clothing-store sales down 50.5 percent from February. Online and other non-store sales increased 3.1 percent.

According to the March numbers reported by the NRF, a decline of 0.2 percent occurred from January to February. While February sales were reportedly up by 7.4 percent year-over-year, the NRF warned that this figure was affected by the early 2019 government shutdown, which resulted in low sales.