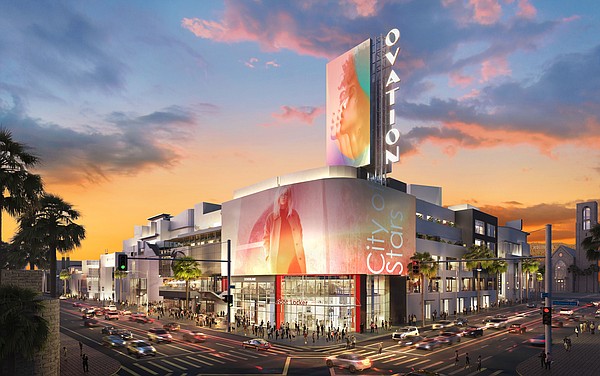 The new owners of the Hollywood & Highland retail and entertainment center recently unveiled a new name, Ovation, and details of a $100-million overhaul to the sprawling complex that dominates the intersection of Hollywood Boulevard and Highland Avenue in Los Angeles amid the Hollywood Walk of Fame.

DJM’s partner in the Ovation venture is GAW Capital USA, a Hong Kong– and Los Angeles–based private real-estate equity firm. They acquired Hollywood & Highland for an undisclosed amount in August 2019. The transaction did not include the Dolby Theatre, located at the western edge of the site. The Academy Awards ceremony has most recently been produced at the Dolby.

Parton said that Ovation’s retail would focus on companies interested in trying new retail concepts. “We are concentrating on brands that are the best fit and will represent where the future of retail is going. We will be selective in the brands we choose,” he said. He also noted that Ovation will be making its debut during a period when news headlines are marked by store closings.

“The market has evolved more quickly than anyone could have predicted,” he said. “Partnership is key in today’s world. Brands should know that we are as invested in their success as much as they are.”

When the Hollywood & Highland retail center was unveiled in November 2001, it featured a bold design and architecture that celebrated the history of the Hollywood film industry and specifically its silent-movie era. Installed at the complex were two big statues of elephants, reproductions of sets that were used in D.W. Griffith’s movie “Intolerance.” The elephants will be removed from the site during the remodel.

The new look will feature fresh landscaping, enhanced outdoor space and a layout that Parton said would be easier to navigate. He also said that the center would be working with the City of Los Angeles to start developing what he hoped would be the biggest center for public art in the city.