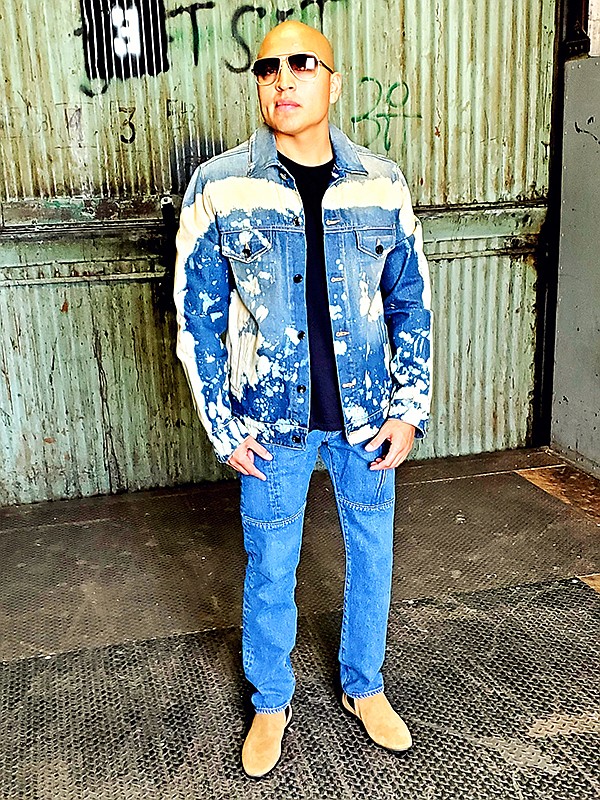 Trinidad3 Plans to Serve Wounded Warriors With Fashion and Function 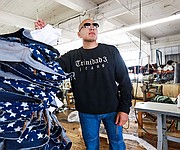 The Trinidad3 premium-denim line was designed to evoke and celebrate the experiences of U.S. armed-services veterans, the brand’s founder, Trinidad Garcia III, a former sergeant in the U.S. Marine Corps, said. He recently expanded his Los Angeles–headquartered line to address a wrenching veteran experience. He made a jean for veterans who have lost their legs in combat.

The project began in November when Garcia started to develop a jean for Josue Barron. The Marine veteran lost his left leg and his left eye after his patrol drove over a bomb in Afghanistan in 2010. Barron was awarded a Purple Heart and combat-action ribbon medal, and he was flown to the Balboa Naval Medical Center in San Diego, where he spent a couple of years in rehabilitation. Barron worked hard to adjust to his 8-pound prosthetic leg and to rebuild his life.

During his lengthy rehab stint, Barron founded the San Diego Wolfpack, a team of military veterans who compete in the sports league National Wheelchair Basketball Association. He also earned a bachelor’s degree in business administration from the University of Phoenix. In 2016, he started an events company, American Dinosaur Events, with his wife, Debbie. People working with his company entertain partygoers by walking in dinosaur costumes. He said that his marriage has given him strength. “I’m married. I have to keep improving and impress my wife,” he said. But challenges continue. He said that it took him five years to get used to the prosthetic and learn how to adjust to his disability and being different.

To sit down comfortably, he and other people with prosthetic legs must adjust straps on the limb so it won’t bite into one’s hips. It’s hard to adjust straps when wearing pants. One has to undo pants to adjust the limb’s straps. It always looks awkward when sitting with a crowd of people. Most people with prosthetic legs avoid the pain and embarrassment that comes with adjusting pants. They prefer to wear shorts. The pain can be so bad that suffering through a cold night is preferable, Barron said. He said that he has only worn pants twice a year over the past decade. 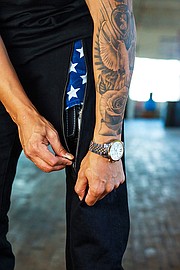 “I don’t want to wear shorts all of the time,” he said. “I want to look sharp and blend in with the crowd. But if I do wear pants, I pay for it, and I’ll be in pain.”

Barron accepted his situation and didn’t consider any alternatives until he met Garcia in Oceanside, Calif., at an event in November for Operation Jump 22, which puts together suicide-prevention programs for veterans. Garcia was exhibiting the Trinidad3 line. Barron approached his booth and talked about how he missed wearing jeans. Garcia thought that this guy had an innate sense of style.

He also thought that it was crucial to help him. “It is instilled in us that we have to take care of the veteran to your left and to your right,” Garcia said. “We’re rooted in service to others.”

He invited Barron to his office in a factory in Huntington Park, not far from Cudahy, Calif., where Barron grew up.

They dined together and hung out. Garcia observed how Barron maneuvered his prosthetic in order to sit and navigate a room and a sidewalk. Garcia started forming ideas of how the jean should be designed for Barron. It had to be functional. It also had to be fashionable.

For function, Garcia made a 12-inch seam on the jean’s left thigh. When the seam is unzipped, the wearer would be able to easily adjust the prosthetic’s strap.

The jean has a motorcycle fashion vibe, which was inspired by movie star Steve McQueen, who was a motorcyclist and who also served as a Marine. The fabric used is from Vidalia Mills in Vidalia, La. Garcia called the jean the Barron by Trinidad3, and he later designed a slim-cut version of the Barron.

After producing two pairs of jeans for Barron, Garcia was going to wrap up the project and go on to further develop his premium-denim line, which includes American-milled denim with details inspired by Marine uniforms such as the blood stripe on the Marine dress pant, pocket lining bearing stars from the American flag, as well as buttons made from gun-metal plating.

But Barron urged Garcia to make the jean available to more people with prosthetic limbs. Garcia also posted video of Barron in the jeans on the Instagram account Trinidad3jeans. There were 5,000 views to the story, he reported. People who have use of both legs made inquiries on picking up the Barron jean.

Garcia plans on putting the jeans in production at the Huntington Park factory where Trinidad3 is made. Price points for the jean have not been determined. Garcia also intends to make jeans for women with prosthetics.

Garcia and Barron exhibited this new jean at the Denim Room section of the Project trade show in Las Vegas, Feb. 5–7. Also accompanying Garcia and Barron will be Rudy Reyes, an author, actor and Marine veteran, and Nate Boyer, a Green Beret veteran, who also played for the National Football League Seattle Seahawks and Texas Longhorns.

While Garcia made Trinidad3 with veterans in mind, he said that his brand has a message for anyone who enjoys denim.

“Most people have a connection with the fabric,” he said. “It can help with conversations that lead to unity.”