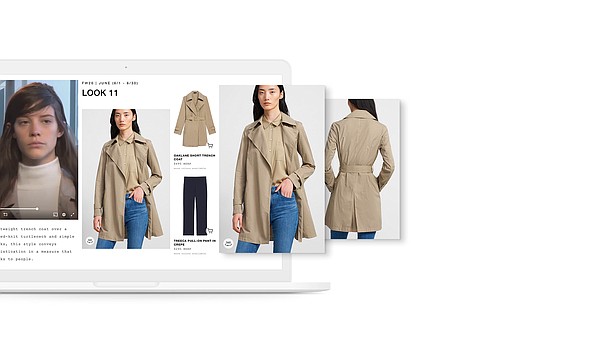 Informa to Ramp Up Virtual Trade Show With NuOrder

Due to the COVID-19 pandemic, trade shows have been postponing physical events, but that has presented opportunities for business in a virtual-trade-show setting.

Informa Markets Fashion, the producer of the sprawling MAGIC trade shows, announced that it would produce digital trade shows starting in August with a men’s show and September with a women’s event. To produce this venture, Informa formed a partnership with NuOrder, a Los Angeles–headquartered business-to-business e-commerce platform, said Heath Wells, a co-founder of the company.

“Imagine a fashion version of LinkedIn. This will be a digital trade show that allows buyers and brands to discover each other and to connect,” Wells said of the venture. “Once you are connected, you enter the digital equivalent of the trade-show booth.”

The upcoming market will feature aspects of NuOrder’s recently released Virtual Showroom platform. Virtual-trade-show booths and showrooms will include 360-degree product imagery. It is billed as giving buyers the ability to view an item as they would at a physical trade show—from all angles and highlighting details such as fabrications up close.

The platform also features immersive brand experiences such as the ability to post video footage from runway shows and designer interviews.

NuOrder’s Virtual Showroom also will offer a global photography network that will support producing 360-degree product photography. Transactions also can be made on or off the platform according to a user’s wishes.

NuOrder has worked with 2,000 brands and 500,000 retailers, according to a brand statement. Companies working with NuOrder include Nordstrom, Bloomingdale’s, as well as brands such as Vince, Theory and Lacoste.

Wells said that the physical trade show would remain a vital part of the trade-show experience; however, he forecasted that trade shows will develop into something of an omni-channel experience, similar to how bricks-and-mortar retail and digital retail are often divisions in the same retail company. But the current moment represents a big change for digital-trade-show platforms.

While the technology to produce digital trade shows has been around for the past few years, there hasn’t been an overwhelming industry interest until the pandemic curtailed public gatherings, Wells said.

“Brands were sitting on the fence before this. It’s forced them to jump into the pool,” Wells said of the current environment. Virtual trade shows will remain a way of doing business. “As people start traveling again, and markets open up for physical meetings, the digitalization of the presentation will still exist. What will happen will be an integration with the physical world,” he said.

Digital showrooms and trade shows will make the wholesale business more efficient. Virtual showrooms also might cut down on the need to send out clothing samples. One could get a good sense of them from visiting a digital showroom, Wells contended.

Other technology companies producing virtual showrooms have been seeing increases in interest from fashion brands and retailers. Faves, a Copenhagen-headquartered technology company, has seen increased interest in retailers using its digital products to plan buying, said Ulla Hald, the company’s chief executive officer and co-founder. There has been a spike of 46 percent of retailers using the Faves app in a year-over-year comparison from April 13–May 24, 2020, over the same period the previous year, Hald said.

“Because trade shows are postponed as the climate is still deemed unsafe, businesses will approach digital trade shows and showrooms out of necessity,” she said. “It’s the stick, not the carrot, that’s driving digital adoption.”

Eric Martin, owner of Los Angeles–headquartered The Park Showroom, has exhibited for years at major trade shows such as Project. His showroom exhibited brands in a 3,000-square-foot space at Project in Las Vegas in February. He predicted that retailers would be comfortable making orders digitally for products they know well. But he also forecasted that physical trade shows would continue to be important for new brands. Retailers would want to kick the tires of a new product before committing to it, Martin said.

“If you have always driven a Ford and you want to switch over to a Chevy, you’re going to want to give it a physical test drive,” he said. “In this case, you might not always take a sales rep’s word for it over the Internet.”