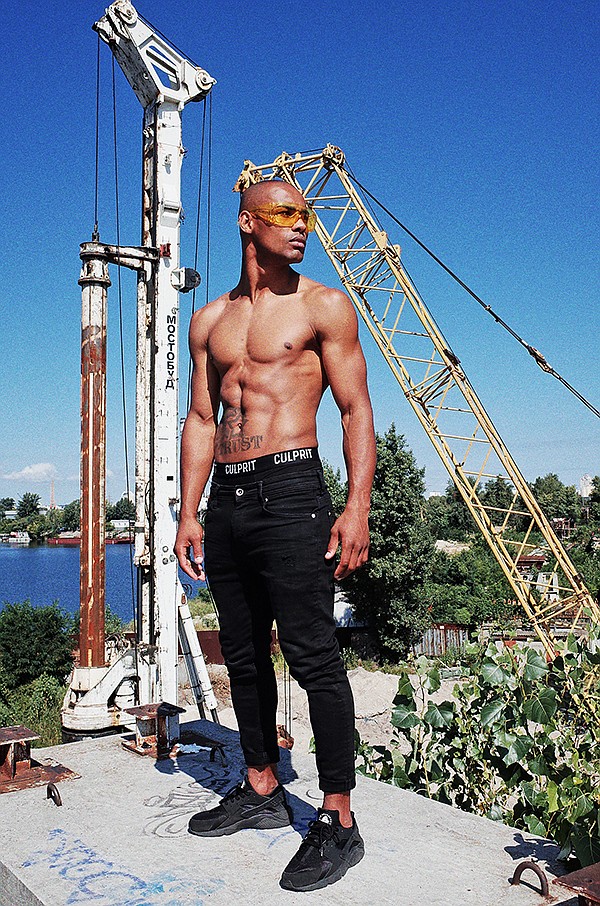 Culprit Underwear Approaches Sustainability With a Touch of Humor 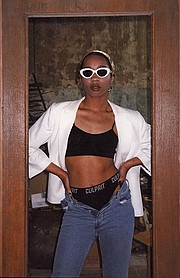 Filmmakers Dylan Trussell and David Dinetz started working on the underwear brand in 2019 as a side hustle. They continued to develop Culprit, even as their scripted comedy project, “Florida Man,” was going into production. However, the project went into hiatus when the COVID-19 pandemic shuttered film and television productions. Trussell and Dinetz found that they suddenly had a lot of time for their hobby project, which they believe has some similarities to filmmaking.

Culprit is the first apparel venture for the duo, which they currently sell on their direct-to-consumer channel, culpritunderwear.com. “Underwear is the perfect canvas for creativity. You can shoot an action movie in your underwear,” Dinetz said.

Trussell further described their creative process. “We ask, ‘Could this pattern be a TV show? Does it tell a story?’”

Humor is the main message they want to deliver. One graphic, called Get It Kraken, shows a woman scuba diver hunting a Kraken sea monster. Another, called Lizard King, shows a giant lizard fighting samurai warriors. A design released on Feb. 25, called The Pig Short, shows graphics that purport to tell the story of the GameStop retailer’s rollercoaster ride on the stock market that shook Wall Street this year. Proceeds from sales will be used to acquire Game Stop shares. Trussell and Dinetz will then consult a Reddit forum dedicated to the market regarding how to handle the stock later this year.

Producing the line in Los Angeles gives Trussell and Dinetz an opportunity to address timely topics. Dinetz said they could release underwear with prints such as the GameStop story while memories of the news are still fresh in the consumer consciousness. They also didn’t have to go through the long wait time endured by some brands that produce goods overseas.

“American-made is something we are very passionate about,” Dinetz said. “Creating as many U.S. jobs and bringing back skilled labor is awesome.” 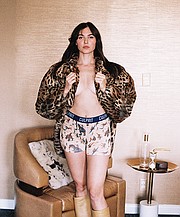 What began as an underwear line for men, Culprit Underwear founders quickly realized that women also liked the comfort, fit and fun of the ecologically sound and made-in-L.A. brand.

About 95 percent of the fabrics used in Culprit garments are Modal, a sustainable-fabric option because its fibers are created from beech-tree pulp. Modal is also a lightweight fabric that is breathable, which fits into another feature the filmmakers wanted for an underwear line—comfort. Trussell and Dinetz started their underwear brand with the belief that there was less competition for the men’s underwear market than other categories.

To start work on the brand, they collaborated with a patternmaker, while Trussell served as a fit model. In 2019, they released a beta product of black underwear with the Culprit logo on the waistband. Inventory of the beta pieces sold out in a month, Dinetz said.

When they started selling Culprit, Dinetz and Trussell estimated that their clientele comprised 95 percent men. Currently, they estimate that 70 percent of their customers are women. Through conversations with the women who buy their products, Dinetz and Trussel found that these customers were buying boxers to enjoy comfort during the day and to wear while sleeping. The duo later worked with female designers to make Lady Boxers, which offer a boxer silhouette with a woman’s curves in mind.

Culprit also makes thongs, bootie shorts and boxers that feature graphics made in collaboration with artists and other brands. Retail price points range from $29 for men’s boxers and $24 to $26 for women’s underwear. Collaboration garments cost $39. The website also offers subscriptions that allow shoppers to receive discounts.

An important design feature is that the underwear doesn’t ride up the wearer’s body, Trussell said. The underwear was designed to wear on a first date, to give an edge during a business meeting or to send good vibes to a favorite sports team during a game.