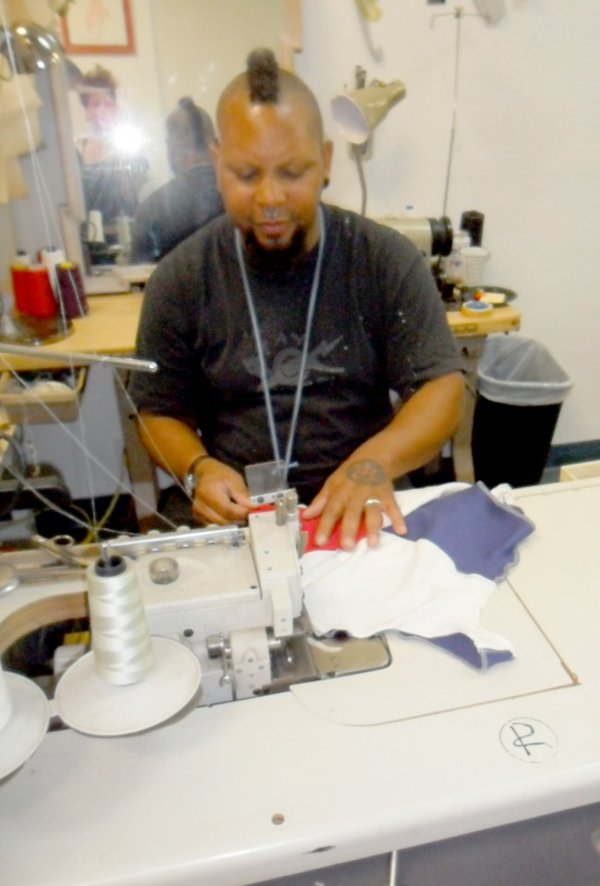 Rico Adair at work in his studio 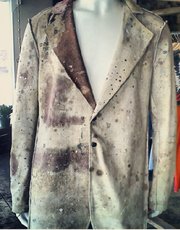 A men’s jacket made from a painters tarp

Growing up as a self-proclaimed “punk-rock kid” in Los Angeles’ Venice Beach neighborhood, Rico Adair always admired Vivienne Westwood’s designs but could not afford them.

Instead of sulking, he learned how to sew in his grandparents’ garage, making his own grunge-inspired outfits from scraps of fabric and editing garments he found to his liking.

“I used to dig through my grandparents’ closet and find vintage 1960s outfits that I would then tailor in their garage,” Adair said.

Following a few jobs in the fashion industry and inspired by a childhood hobby, he went out on his own and launched a namesake label in 2001, which has developed a following with collectors over the years. Everything is designed and made in Van Nuys, a neighborhood in Southern California’s San Fernando Valley.

All of his pieces in the one-of-a-kind, eco sustainable collection of clothing and accessories for men and women are made from up-cycled materials.

“There is never a shortage of materials,” Adair said. Many people donate old clothing to him. He also shops garage sales. “What I do is recycle—in every sense of the word.”

Adair sells his line in a handful of retail stores in Southern California, but the majority of his business is with private clients. Often, clients will give him one of their own garments to creatively rework and then will buy back the article from him. Over the years, many of his clients have become collectors, some of whom boast more than 50 pieces. As far as garnering new clientele, his strongest two leads are word-of-mouth and Facebook.

Adair’s items include dresses, jackets, shorts, tops and accessories and, on average, retail for $125. His pieces are carried in Uroborus and Sumiko, both on Main Street in Santa Monica, Calif.; Zingara on Abbot Kinney in Venice; and Flasher and Enda Kings on Melrose Avenue in Los Angeles. While he mainly designs women’s clothing, he does do some men’s, which is carried at Enda Kings.

“Everything I do is out of passion,” Adair said. When asked if he has a favorite one-of-a-kind piece he made since launching his line, he fondly replied, “I found a 50-year-old tarp that was my grandfather’s and turned it into a jacket. It was cool, but I ended up selling it.”

For more information and to shop his current designs, please visit www.ricoadair.bigcartel.com or email him directly at ricoadair@gmail.com to set up an appointment.