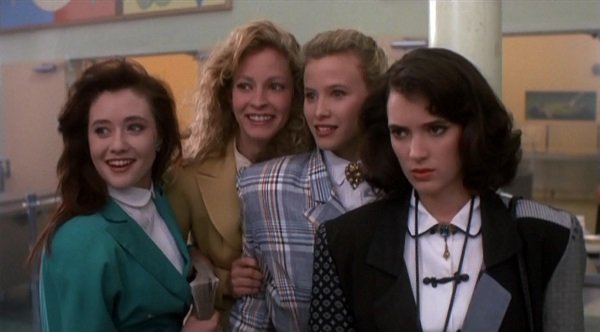 Dressing Three Heathers and a Veronica 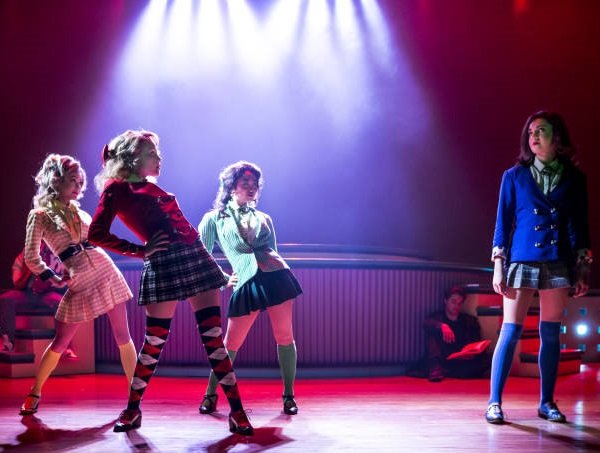 With the internet atwitter about the 10th anniversary of “Mean Girls,” you may be in the mood to catch up on the film written by Tiny Fey and directed by Mark Waters—as well as the mean girls movies that preceded it. I’m thinking of the 1939 George Cukor classic “The Women,” of course, which is really required viewing for anyone in fashion. (Plus, it’s co-written by Anita “Gentlemen Prefer Blondes” Loos!) But I’m also thinking about Michael Lehmann’s completely morbid, fashionably iconic and ultimately quotable teen film 1988 film “Heathers.”

Mean must be trending. A musical adaptation of “Heathers” recently opened on Broadway. And if you’re wondering what “Heathers” looks like for a new generation, Fashionista has a fun interview with the musical’s costume designer Amy Clark.

Clark kept the color-coded look of the principle characters: Heather Chandler (red), Heather Duke (green), Heather McNamara (yellow) and Veronica Sawyer (blue), played in 1988 by Shannon Doherty, Lisanne Falk, Kim Walker and Winona Ryder. For the new cast, played by Barrett Wilbert Weed (in the Ryder role) and Heathers Jessica Keenan Wynn, Alice Lee and Elle McLemore, Clark exaggerated some design details for the stage. There are plenty of short skirts, jackets with nipped waists and big shoulderpads and, in my favorite scoop from the Fashionista interview—custom-made scrunchies!

According to the interview, the musical’s creators gave Clark plenty of details for dressing the supporting cast: “They're titled so well, they're named things like, 'young Republicanette,' 'blow-dry preppy,' 'goth girl,'” the designer said.

You can find the whole interview here.