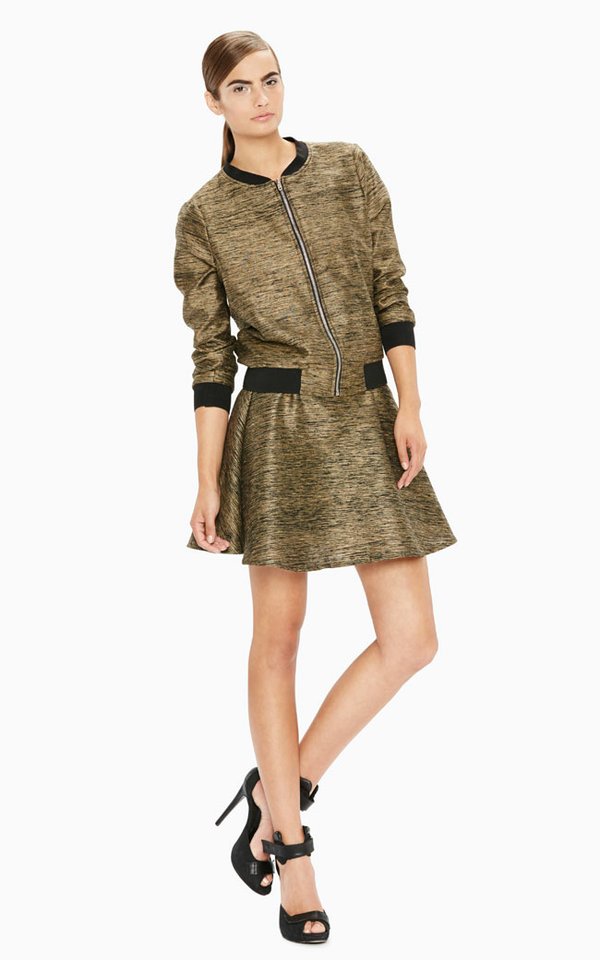 San Francisco–based Amour Vert’s creative director, Linda Balti was invited to become a member of the Council of Fashion Designers of America recently, and Balti has an official green light to hob-nob and possibly brainstorm with celebrated designers in CFDA, such as Mary-Kate Olsen, Calvin Klein, Tom Ford, Juan Carlos Obando and Shea Parton of downtown Los Angeles–based brand Apolis.

But the CFDA invite also could be a vote of confidence in Amour Vert’s particular niche—sustainable fashion. It’s a category that some saw as being unable to mount a comeback since its major surge of activity before the Great Recession. Others say that fashion with a sustainable edge went beyond a niche category long ago and has become mainstream. Powerful retailers such as Walmart sell clothes made out of organic cotton, and H&M produces and sells special eco collections.

Christoph Frehsee, Amour Vert’s chief executive officer and Balti’s husband, said that CFDA membership also happened to present an opportunity to show what he believes is the real eco fashion.

“There are urban legends out there, and we are proving them wrong,” Frehsee said. “Eco is itchy and looks bohemian is one legend. We are proving that sustainable clothing can be totally fashionable.”

Fashion and sustainability will be in demand, Frehsee said. “Consumers will demand more responsible products,” he said. “Millennials are asking for aspirational and responsible product. Only the companies that authentically respond to new demands will succeed in the 21st century.”

Eco fashion started to increasingly register on the apparel business’s radar screen at the turn of the 21st century. Many small, independent fashion businesses did research and development for the category and produced sustainable lines. Many of these indie companies went out of business after the Wall Street meltdown of 2009, but Rob Jungmann, founder of hemp line Jungmaven, said the fashion world took notice of the category. Fashion with a sustainable edge became part of many prominent lines’ collections.

“In the early ’90s, [eco fashion] looked like Rastafarian coffee-bag hemp. By 1999, we started seeing more taste. It has arrived in the past three years. It’s a lot more mainstream. It is what needed to happen,” he said. Jungmaven-brand T-shirts have recently been placed at Nordstrom’s Pop-In @ Nordstrom shops.

Amour Vert is the first fashion venture for Frehsee and Balti. They met while working defense-industry jobs in Europe. Balti wanted to make eco clothes that she would want to wear. Both wanted to make a point that the apparel business could operate in a much more environmentally friendly way. They moved to San Francisco and started learning the business.

By 2014, Amour Vert was enjoying success. Frehsee said that the company had doubled its staff to more than 25 employees in the past year. In summer, about the same time they got the CFDA invitation, they opened a boutique in San Francisco’s Hayes Valley neighborhood. The boutique received a lot of press from Bay Area fashion bloggers. Frehsee plans to open more boutiques in the next few years.

The line’s look is a sporty casual, Balti said. The line is made eco-friendly because of the materials the line works with and how it is made. Its pieces are constructed out of eco-friendly material such as organic cotton and a ponté fabrication made out of wood pulp. The company lowers its carbon footprint by producing domestically. The label’s garments are sewn in factories in San Francisco, cut in Oakland and knit in Los Angeles. It transports fabrics from Los Angeles to the Bay Area through a partnership with a Northern California wine company. In the past, the wine company’s trucks would drop off wine in Los Angeles and return to San Francisco with no cargo. Now it makes return trips with Amour Vert fabrics.

“It is not more expensive to be sustainable,” Balti said. “Wasting less means running a business under a lean supply chain and getting good margins.”

Amour Vert also started a tree-planting program.With a purchase of an Amour Vert T-shirt, the brand plants a tree in the U.S. The label partnered with American Forests, a nonprofit company that advocates for expansion of forests. By 2015, the brand forecasts, it will plant 100,000 trees.