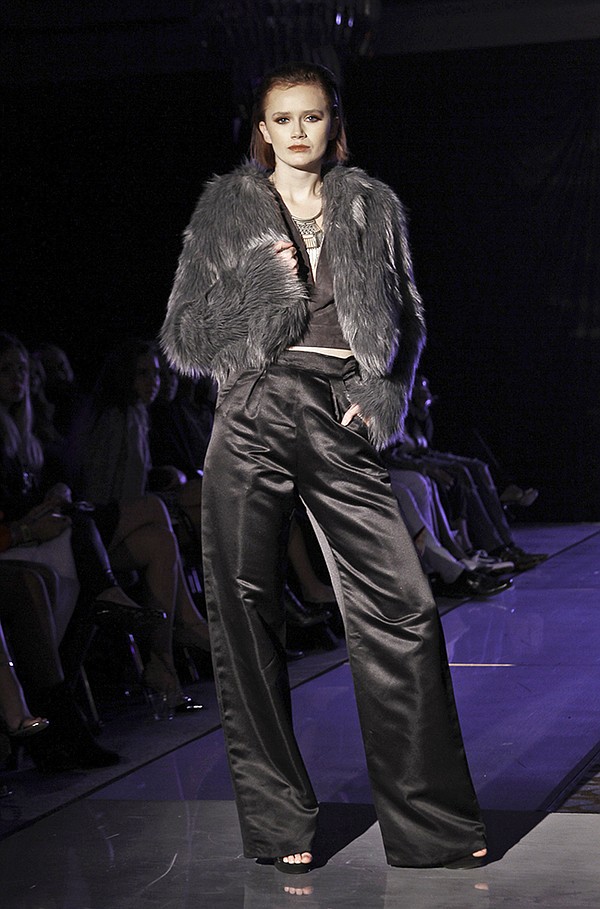 The New Hollywood at Fashion Speaks 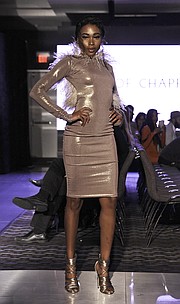 Concepts From Sketchbook to Runway, presented by Fashion Speaks and The Art Institute of California–Los Angeles. Photos by Vincent A. Chavez

For designer Adolfo Sanchez, it was time to show how streetwear could meet eveningwear.

He showed his collection, “The New Hollywood,” as well as some holiday pieces on Dec. 11 at Concepts From Sketchbook to Runway, presented by Fashion Speaks and The Art Institute of California–Los Angeles. The event took place at Le Méredien Delfina Santa Monica hotel in Santa Monica, Calif.

“There’s a huge hip-hop influence in fashion now,” Sanchez said of streetwear looks, which have become increasingly prominent. “The New Hollywood took inspiration from Marilyn Monroe and Ava Gardner. It mixed those classic looks with what is happening with streetwear.” Looks included a moto jacket with ruffled, brocade sleeves and cat suits bearing hoods. Bridal styles are important to the Adolfo Sanchez label. At the end of his 14-look show, there was a bridal dress with a beaded back and a tulle bottom.