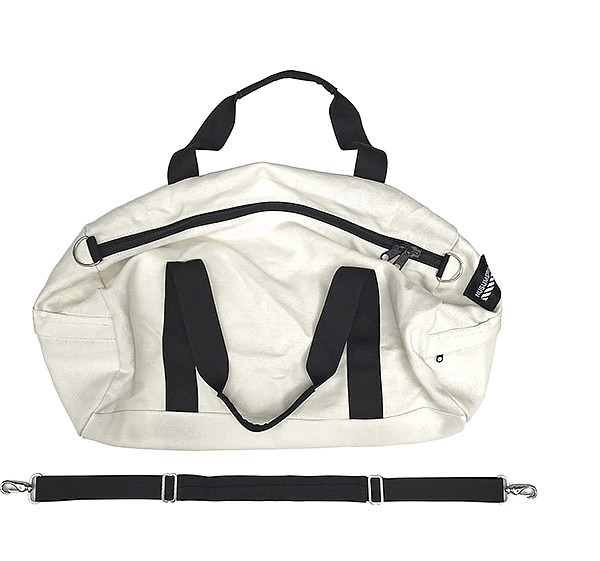 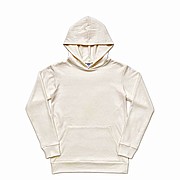 When Jon Flaks launched his Los Angeles–headquartered brand Nusumeria on Instagram in July 2019, he forecasted that he was going to sell styles to people looking to complete their athleisure wardrobes. The response that came next was a pleasant surprise.

Within days of posting pictures of duffel bags and slim-fit hoodies on the Instagram profile @nusumeria, he got regular inquiries from yoga studios and CBD-oil brands. These companies wanted to know if Flaks, who was new to the apparel business, could create private-label clothing for them and put their logos on his hoodies and duffel bags.

“I never planned to do any private label,” Flaks said. “Day after day, I was getting approached by two to three companies because I was one of the only people making hemp sportswear.”

He currently estimates that half of his business is private label, while general consumers make up the other half.

Flaks had been selling what he said was 55 percent hemp, 45 percent organic-cotton hoodies. These pieces are embraced by consumers who are looking for an alternative option from more-mainstream fabrics that have been critiqued as being manufactured in ways that hurt the environment.

Sustainability is a serious concern for Flaks, but his interest in hemp fabric stemmed from a different reason. The characteristics of hemp afford a better martial-arts uniform.

Flaks teaches mixed martial arts, but after a day of teaching people how to throw a proper punch and to disarm an opponent he wanted to dump his uniforms. He considered the uniform fabric uncomfortable, and body odors proved difficult to eliminate with simple washing. This inspired Flaks’s hunt for something new by researching fabrics and materials, which is how he found hemp.

For Flaks, the material provided all the benefits that the traditional uniform fabric did not. It was soft, durable, and he considered it hygienic as the material didn’t hold onto germs and odors.

Flaks was interested in making a bespoke hemp martial-arts uniform, but the cost was daunting, and he decided against it. He continued to instruct in a standard uniform, but he wanted to start a new business, and he didn’t forget about hemp. He forecasted that there would be an opening for hemp wear in sportswear and athleisure.

“Hemp brands have a very outdated, somewhat of a hippie look,” Flaks said. Those who loved the fabric would probably be looking for something new, he thought.

He invested his savings into developing a line that would mix new styles and an ancient material. It was the inspiration for the brand name Nusumeria, which mixes the word “new” and the name of Sumer, which is often considered the cradle of human civilization and is located in modern-day Iraq.

His work with the patternmaker he chose to design the hoodies allowed Flaks to manufacture the styles in Los Angeles. The hoodies retail for $90 and are sold to the public on the direct-to-consumer channel www.nusumeria.com.

Flaks’s label started a little after some big changes took place in the hemp market. While sales of hemp goods have always been legal in America, the cultivation of hemp was only legalized in the U.S. in 2018 with the passage of the Farm Bill, but Flaks and many other hemp brands continue to source hemp fabric from overseas.

The eventual domestic sourcing for the fiber is going to develop, and this type of fabric will grow in popularity, said Rob Jungmann, founder of Jungmaven, a label that includes clothing made using the fiber. Jungmann has been in the hemp-fabric business since 1992, and he is bullish about its future.

“It’s coming out of the niche market. I see more companies putting it into their products,” said Jungmann, whose brand makes T-shirts and fleece. But he forecasted hemp would find more uses.

“We’re going to see more hemp blends coming out,” he said. “We might see it being blended into wovens.”