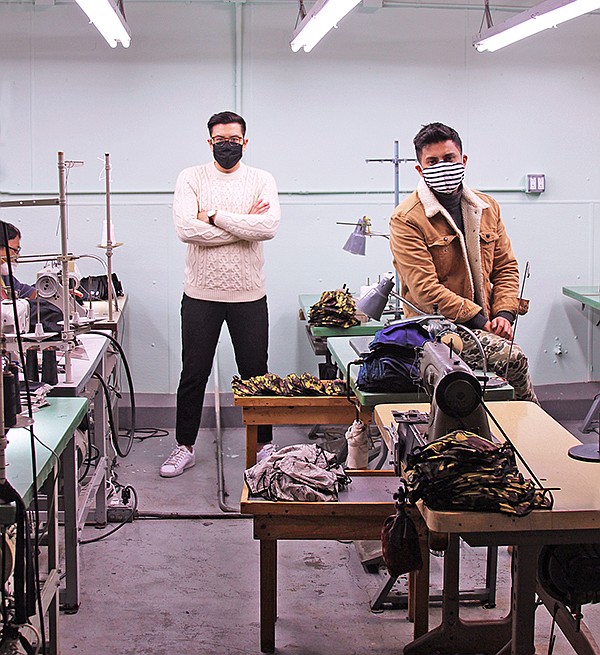 Businesses Look to Government Lifelines in Order to Survive

Like thousands of other businesses, Pocket Square Clothing, a maker of suiting accessories and bespoke clothing, had to furlough its staff because of the COVID-19 crisis. PSC co-founders Rodolfo Ramirez and Andrew Cheung saw their business come to a sudden halt just one year after they had acquired a 10-person sewing shop, Top Hand MFG, near the University of Southern California. But a few days later the city allowed PSC to reopen and the clothing company was able to bring its staff back.

The local government had found a quick resolution to some of the company’s problems. The City of Los Angeles deemed PSC an essential business after it signed up for L.A. Protects, an initiative to mobilize Los Angeles apparel businesses to make face masks and personal protective equipment. PSC received no funding from the city; however, the city provided a database where companies needing face masks could contact manufacturers making the protective equipment, Ramirez said

Getting involved with the L.A. Protects program meant that they had to rearrange the factory’s layout and bring it to the social-distancing specifications required by the Centers for Disease Control. Ramirez and Cheung are also working more than 12-hour days sourcing fabrics and materials to make face masks, Cheung said,

“You have to start from scratch, and everyone is looking for the same thing you are,” he said of his new responsibilities.

PSC is one of the few companies that has avoided a shutdown during the current crisis. Many shuttered companies had to suffer through massive furloughs and layoffs. Many of them don’t see quick fixes ahead, despite federal, state and local governments offering loans and stimulus programs, such as the $2 trillion CARES Act, which was approved on March 27. Retail consultants, trade associations and financial professionals have encouraged companies to take advantage of loan programs and other support, which could save their businesses.

The economic crisis that has followed the COVID-19 outbreak has turned businesses upside down and upended lives. California enjoyed historically low unemployment of 3.9 percent in February. Fast-forward to the week of April 4 and unemployment claims skyrocketed more than 2,000 percent in a year-over-year comparison, according to the State of California’s Employment Development Department.

During the latter half of March, once-solid companies such as Volcom hemorrhaged jobs. The action-sports label furloughed 75 percent of its workforce in March.

Some business owners hope that SBA loans applied for at the start of the crisis will come through. Lawrence Serbin is president and owner of Hemp Traders, based in Paramount, Calif. It is the oldest hemp-fabric company in America. He said that his company hit the skids the latter half of March when stay-at-home orders were issued and the public effectively stopped spending money. He furloughed one full-time worker and three part-time workers. Hemp Traders has continued with a skeleton staff.

“If I didn’t do anything we’d run out of cash in a few months,” he said. “Then there would be no jobs for anyone.”

Serbin applied for a paycheck protection loan on April 3 and has been in touch with his bank on his application. He remains hopeful that the loan will be delivered.

However, there are bright spots. Hemp fabric is considered to have antimicrobial properties. There’s increased interest in hemp cloth to make face masks, he said.

“I’m getting so many orders that I can hold out for three months,” Serbin explained. “The sad thing is that I had to lay off employees.”

Fraser Ross of the Los Angeles retailer Kitson had to furlough employees who did not work on its digital channels—approximately 21 people. He’s applied for the Paycheck Protection Program but doesn’t anticipate getting relief anytime soon.

Ross also is seeking rent relief until Kitson can reopen. “I’m not paying April rent,” he said. “I’d like a rebate for March because we had to close for half the month. The landlords should pay it forward as far as I’m concerned.”

Doug Works, executive director of the Board Retailers Association, said that the government programs can represent a lifeline, even if some of the loans have to be paid back down the road.

“Taking on additional debt is not always suggested, but at such low interest rates and long payback periods it’s easier to justify,” Works said.

The group posted a COVID-19 Retailer Resource Guide, which includes webinars and survival tips. Programs recommended by BRA’s guide include the SBA’s Economic Injury Disaster Loan. BRA also has suggested that its members negotiate rent relief. In addition, they should build cash reserves by limiting spending and encouraging customers to purchase gift cards, which can provide a line of cash to retailers.

While the SBA stopped accepting new loan applications, Tom Waldman, a shareholder in the law firm of Stradling Yocca recommended that businesses should complete their applications.

“When the money becomes available, you’ll be ready for it,” he said. “If you are a company that is eligible for PPP assistance, there is reason to hope that the program will be reactivated. You also should petition federal and state legislators and let them know that there is still a need.”

Waldman also suggested looking into the Main Street Lending Program, a CARES Act program that is available and supported by the Federal Reserve. “You have to make sure that it makes sense for situation,” Waldman said of this category of loans that start at $1million. He recommended that applicants be aware of strings attached to the loan. It has to be paid back eventually, and there are stipulations that it can’t be used to pay shareholders or other lenders.

Katy Spillers, a partner with the Greenberg Glusker firm, said it’s important for businesses to give clear information to bankers in order to efficiently process applications.

“Make sure that you are applying with a lender you have a relationship with,” she said. “It’s up to the banking officer to push your account along.”