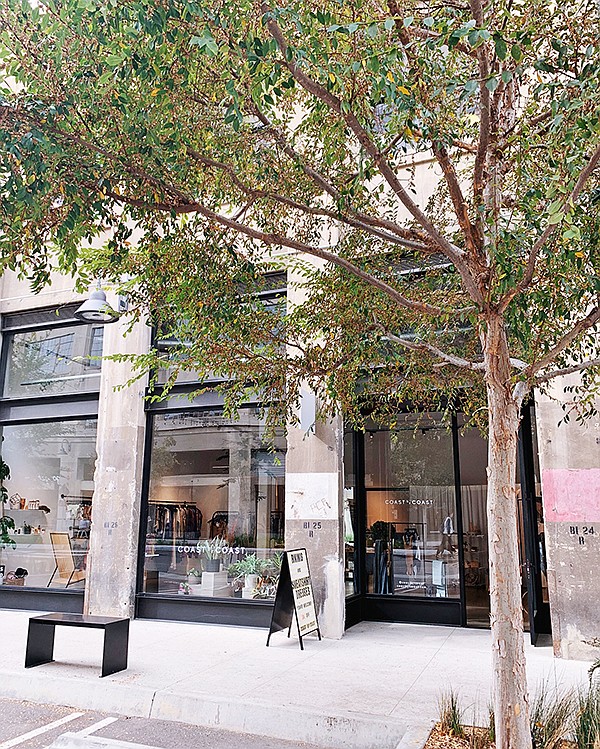 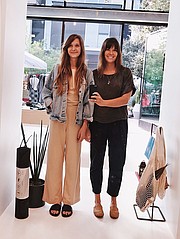 It’s been a ride on an increasingly smaller road. Coast by Coast is a multi-brand boutique developing a niche in a market that currently favors mono-brand boutiques and where digital commerce is currently skyrocketing in popularity. Cleary opened Coast by Coast because she feels there is still a niche in the market for multi-brand bricks-and-mortar shops, especially boutiques that offer a mix of new designs and a spirit of discovery in swim.

“There are so many amazing brands on the swim market right now,” Cleary said. “If we love a new brand and they measure up to our standards of quality, fit, design and sustainability, we’re going to bring it into the shop, no matter what the world is doing.”

After she started Coast by Coast as a mobile swim shop, Cleary, along with her sister and business partner, Lauren, opened Coast by Coast in October at Row DTLA, a campus of boutiques, restaurants and creative offices located a short drive away from downtown Los Angeles’ Arts District. 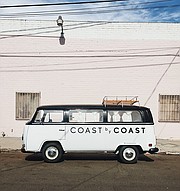 Yearning for something new in 2015, Cleary had a vivid dream of selling swimwear from a van. She found a 1972 Volkswagen bay-window bus—named Irene by its previous owner—that featured custom interior racks that extended outside the van. There was a display trunk with white-oak shelves and blackened-steel design elements, plus a sofa.

Selling brands such as Mara Hoffman, Minimale Animale, Basta Surf and Lem Lem, the Cleary sisters began driving the mobile shop around New York in the summer. Once autumn arrived, the pair drove west, holding pop-up shops in New Orleans, Dallas, as well as at the Hotel San José in Austin and the art camper park El Cosmico in Marfa, Texas. The mobile bikini boutique’s travels ended in Los Angeles, where the Clearys decided to make their headquarters.

“Swim was more of a year-round thing,” Kristen Cleary said of California. “And we fell for the mountains and the beaches.”

But the trip across the states got them noticed by retailers such as Lou & Grey and Tory Sport, an activewear line from Tory Burch. In 2016, they produced events for Tory Sport where the van was parked outside of the Tory Burch shop on Rodeo Drive in Beverly Hills, Calif., and in front of Burch’s Tory Sport boutique in the Flatiron building in Manhattan.

After leading a nomadic life and serving as swimwear consultants, in 2018 the Clearys put together a pop-up shop at the Platform retail center in Culver City, Calif. For the first time in more than two years, they experienced running a store outside the narrow confines of a van.

“This new shop had space. It was something that we longed for. It allowed us to really expand our brands and styles,” Cleary said.

Platform owners the Runyon Group extended Coast by Coast’s run from two months to 15 months. It then offered a space at Row DTLA, a campus that the property managers lease.

The swim retailer currently offers brands such as Galamaar, Hunza G, Nu Swim, Araks, Kikikirio, Anemone, Kore Swim, Afloat and Arrels. There are also a few men’s trunks brands, including Arrels Barcelona, Bather, OCIN and Retromarine, in addition to accessories such as sunglasses, towels, cover-ups and skin-care brands. Retail price points range from $120 to $400 for a women’s suit, while men’s swimsuits range from $85 to $165.

Cleary said that her shop’s advantage is that there is no replacement for a live, experienced sales staff. “Swimwear is something that most women prefer to try on, and, after years of experience, we really understand the importance of it,” Cleary said. “Every single body is different.”

Coast by Coast will continue to be on the move. In summer 2020, Cleary hopes to open a physical store in Brooklyn, N.Y. In February, it will open an e-commerce site.

“It’s a big task to help women find a perfect fit online,” she said. “My goal is to have women confident enough to buy a swimsuit online with the tools we provide.”

Photos courtesy of Coast By Coast.