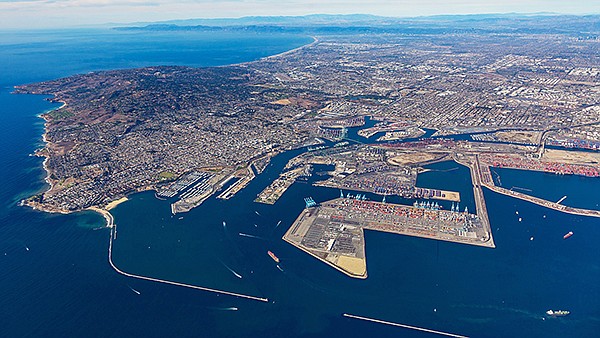 “Together we’ve kept the port operational during the pandemic, dock work shifts have increased, and berth ship productivity has jumped 50 percent since pre-pandemic numbers,” said Port of Los Angeles Executive Director Gene Seroka. “I’m so proud of the extraordinary work accomplished under these challenging circumstances.”

The port also surpassed 10 million TEUs in 12 months and broke the 1 million TEU barrier in May. The increasing numbers and records have been a common theme over the past 12 months in which the port eclipsed eight monthly records, had its two highest-performing quarters and top four individual months in its 114-year history.

“Key economic indicators all suggest that U.S. consumer spending will remain strong through the remainder of 2021,” Seroka said. “Even as Americans return to airline travel, vacations and in-person events, retail sales and e-commerce remain robust.

“Fall fashion, back-to-school items and Halloween goods are arriving at our docks, and some retailers are shipping year-end holiday products early,” Seroka said. “All signs point to a robust second half of the year, which is good news for the nearly 1 million residents in the region who have jobs tied to the San Pedro Bay port complex.”

“While all these milestones are inspiring, the cargo continues to move at a record pace and there’s no lull in the action,” Seroka said. “We have to continue to squeeze every ounce of efficiency that we can out of this port complex.”